Lalu’s party goes for an image makeover, to focus on ‘discipline’ 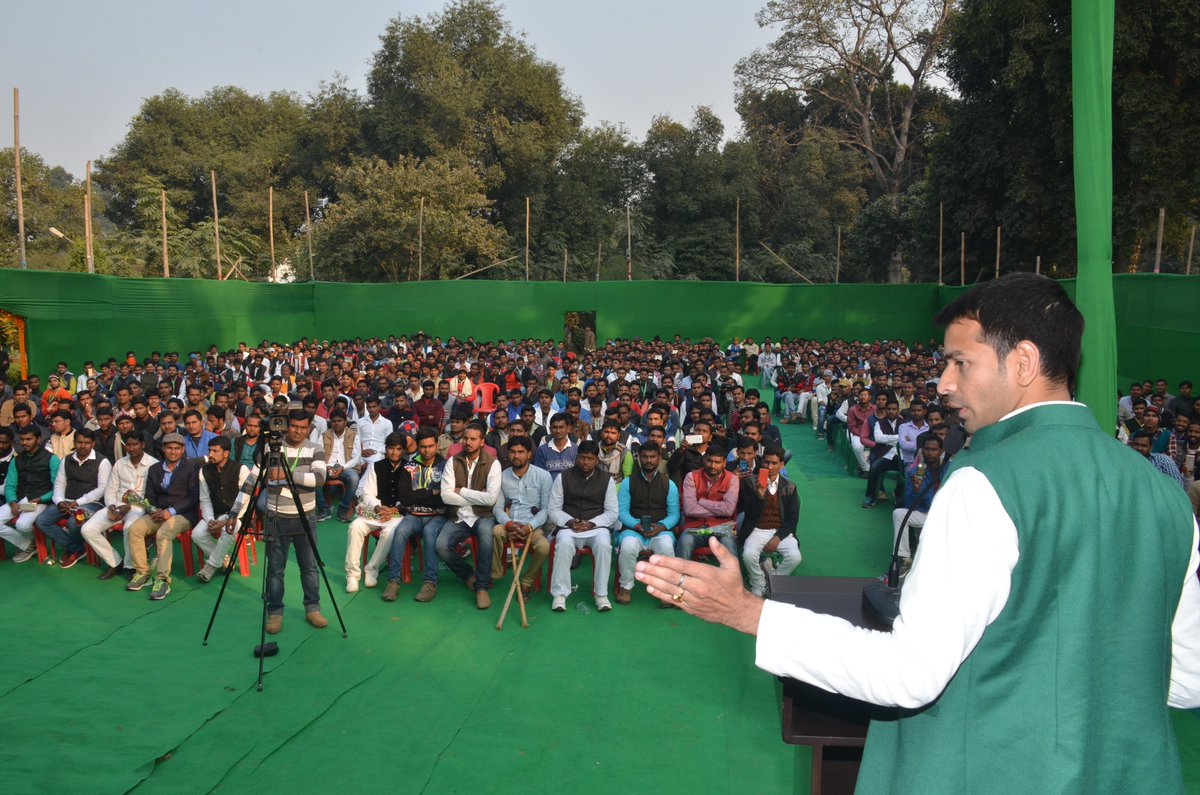 PATNA: The Rashtriya Janata Dal RJD) has announced to induct only those people in the party who strictly follow discipline and system.

The move is being described as a desperate attempt by the RJD to undergo an image “makeover” and reach out to more people.

The party made this announcement at a training camp of Youth RJD workers organized yesterday.

“Only those who follow disciple and system will find place in the RJD,” declared the national patron of the youth RJD and health minister Tej Pratap Yadav. He is elder son of RJD chief Lalu Prasad.

He exhorted the leaders to work for maintaining social harmony in the society and form an egalitarian society. He also advised them to spread ideology of RJD chief Lalu Prasad among the masses.

“Those focusing on works are respected everywhere,” Yadav said.

The main objective of the training camp was to give a national identity to the organization and increase its party base across the state.

The meeting indicated how the RJD chief is slowly handing over the reins of the organization to the next generation in the family as he has not been keeping good health of late.

Meryl Streep is an over-rated actress in Hollywood, Trump hits back

‘Indian Diaspora has deepened ties between India and US’