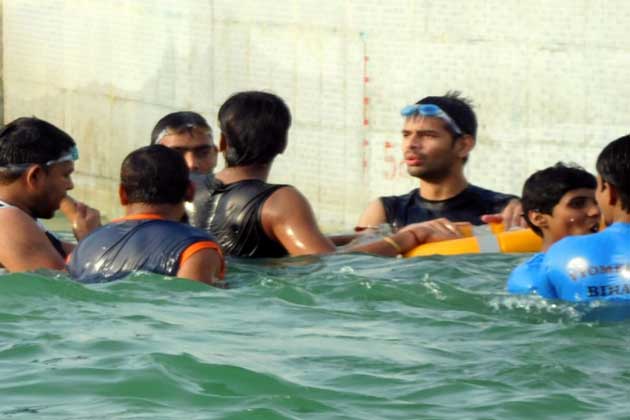 Angry media persons under the banner of South Asian Women in Media took out a protest march on the streets of the state capital on Sunday to protest the murder of their colleague.

The protesters led by Nivedita Jha demanded a CBI probe into the killing and Rs 50 lakh (Rs five million) compensation to the family of deceased, beside adequate safety to the journalist community.

Away from this scene, Bihar health minister Tej Pratap Yadav was caught on camera picnicking with his friends at a water park at a time when the entire state is mourning the killings of Rajdeo and a Gaya teenager.

It is believed Yadav paid a visit to the park on Saturday and remained picnicking there for about two hours, inviting bitter criticisms from the opposition.

They termed it a classic case of proverbial “Nero playing the flute while Rome burns”. No comments have come from the RJD side.

Journalist Rajdeo Ranjan: A watchmaker’s son who became a ‘watchdog’