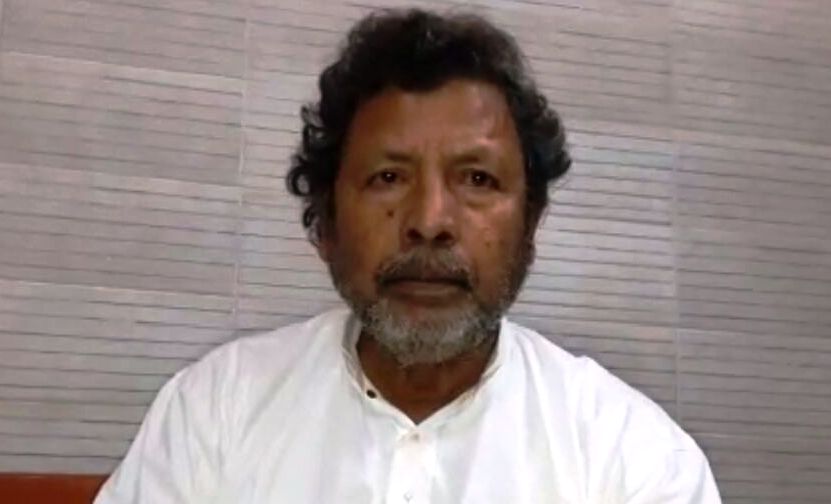 PATNA: Rashtriya Janata Dal (RJD) president Lalu Prasad and his deputy chief minister son Tejashwi Yadav have strongly condemned the conduct of a Bihar minister Abdul Jalil Mastan after he was caught on camera inciting the crowd to beat the photograph of the Prime Minister with shoes.

Mastan who is from the Congress holds excise portfolio in the Nitish Kumar government.

“Action must be taken against him if what the media is showing is true. In democracy everyone has the right to oppose but this should be done in a decent manner,” Prasad told the media in Patna.

The RJD also sought severe punitive action against all those persons involved in the indecent act after their identification.

Terming the conduct and statement of the minister as “objectionable”, Prasad said every political party had condemned his act. He said the people holding constitutional position should behave properly.

“I strongly condemn the statements of the minister. A person holding such position should refrain from using such words against the Prime Minister who is head of a country,” Tejashwi said.

Mastan has come in the firing line of all after the video clip of his inflammatory speech went viral in the media.

In the video, the minister is heard using uncharitable words against the PM and then asking the crowd gathered at his party rally to hit his photograph with shoes. Subsequently, the crowd is seen hitting the photograph of the PM placed on a chair on the dais with shoes.

The incident took place on February 22 during a Congress rally held in Purnia district to protest centre’s demonestisation drive.