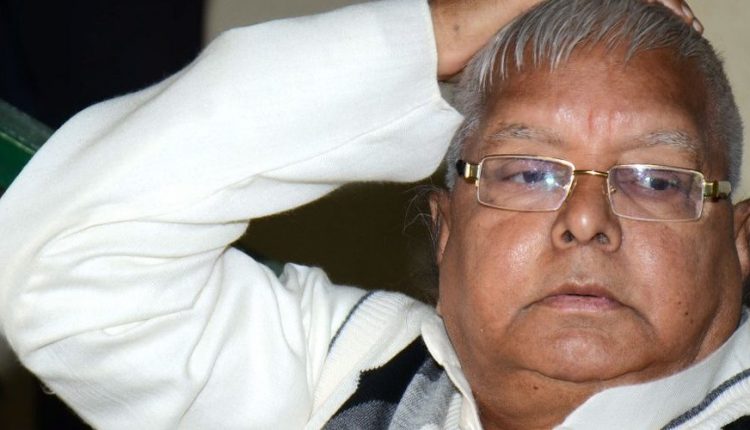 RANCHI/PATNA—Jailed Rashtriya Janata Dal (RJD) president Lalu Prasad was on Thursday shifted to a government hospital in Ranchi from the sprawling government bungalow in view of the phone call controversy.

Prasad who was enjoying his days at spacious Kelly Bungalow, official residence of the director of Rajendra Institute of Medical Sciences (RIMS) in Ranchi, was accused of making a phone call to BJP lawmaker in Patna to seek his support in defeating the NDA candidate for Speaker’s post.

The matter came to light after former deputy chief minister Sushil Kumar Modi tweeted about this story. The RJD though denies the charges.

“Lalu Prasad has been shifted from the bungalow of the director to the RIMS’ paying ward,” Jharkhand’s Joint Health Secretary Dr Waghmare Krishna Prasad told the media on Thursday.

Prasad was transferred to the director’s bungalow from the RIMS where he was undergoing multiple treatments in August this year to protect him from exposure to the coronavirus.

The Jharkhand government has also ordered an investigation into the alleged phone call made by the RJD president to the BJP lawmaker Lalan Paswan during his judicial custody.

In another setback, a case has been registered against Prasad by the BJP legislator whom the former called to seek his support during Speakers’ election.

Bihar caps number of guests for wedding functions, asks devotees to stay away from holy bath