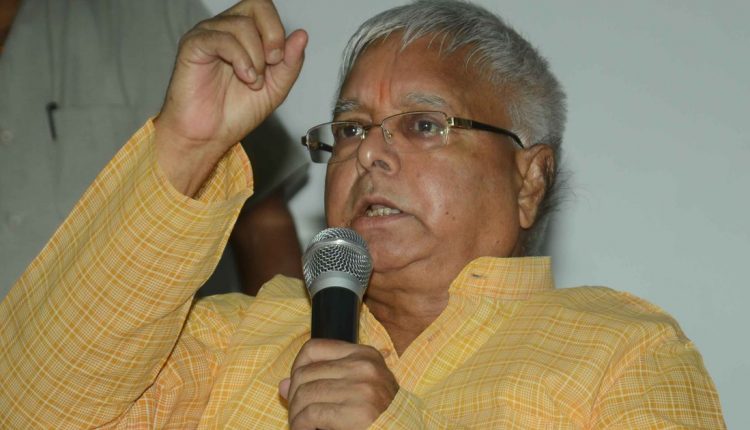 “A letter alleged to be written by you is being in circulation in the media. I fail to believe it…You are not going anywhere. Please understand this,” Lalu said in his letter to Raghuvansh.

Lalu also prayed for his immediate recovery before they sit together and discuss the whole range of issues.

He added they had together for the past four decades during which they discussed the issues not only related to political and social but also to the family matters.

Lalu wrote his letter from the Ranchi jail. It may be noted here that Lalu is currently undergoing treatment under judicial custody.

Lalu’s letter came soon after Raghuvansh shot off a letter to the former announcing he was discontinuing his 32-year-old association with the party.

He didn’t cite any reason behind his resignation from the RJD.