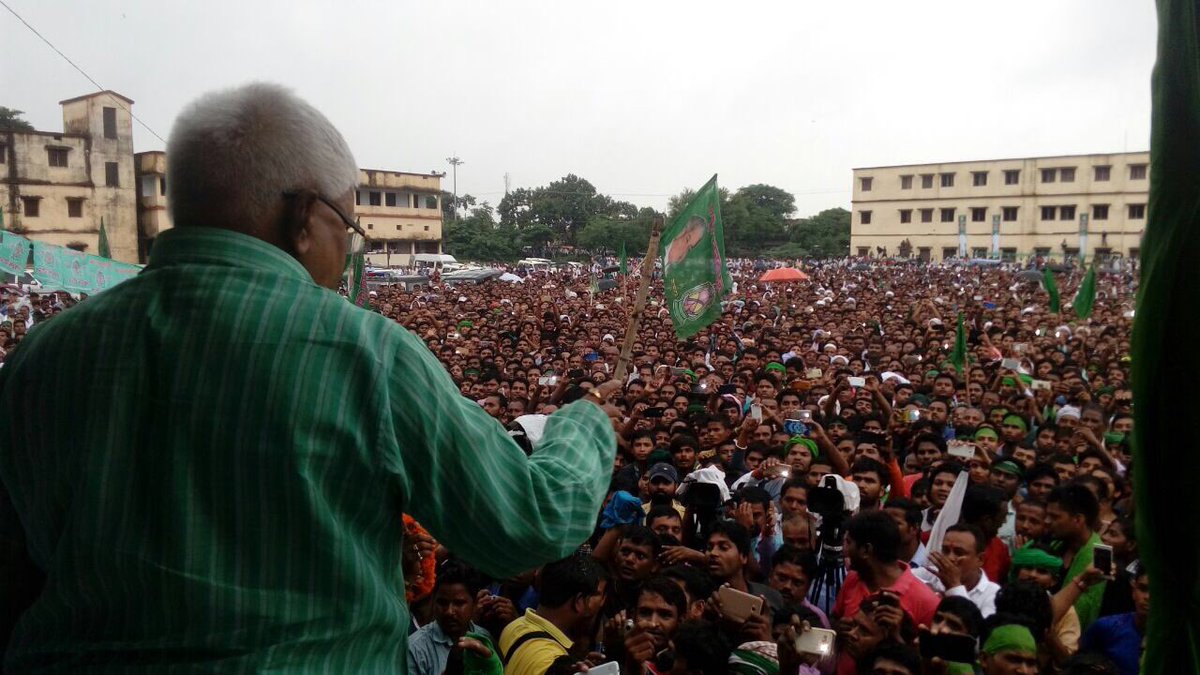 “The real JD-U is led by Sharad Yadav whom I have invited for our party rally later this month while Nitish Kumar will ultimately go to the BJP,” Prasad told the media on Saturday.

He also described Nitish Kumar as a “frightened” man who, he alleged, has been holding meetings in his home.

“He (Nitish) was a Palturam (turncoat) and will always remain a Palturam. He keeps on changing parties regularly,” Prasad alleged.

Kumar finds himself in a peculiar situation now as Sharad Yadav camp claims they are leading the real JD-U while the one led by the former is “naqli” (fake).

The Sharad has planned to move the Election Commission to stake claim over JD-U’s arrow symbol claiming they represent the real JD-U.

Further, this faction has put up posters at various places in Patna claiming they lead the “real” JD-U and the party remains very much the part of the Grand Alliance.

“No leader from our side will attend the national executive (of the Nitish Kumar’s led faction of the JD-U) as Sharad Yadav’s JD-U is the real JD-U,” rebel JD-U MP Ali Anwar said. He has already been suspended by the party for “anti-party activities”.