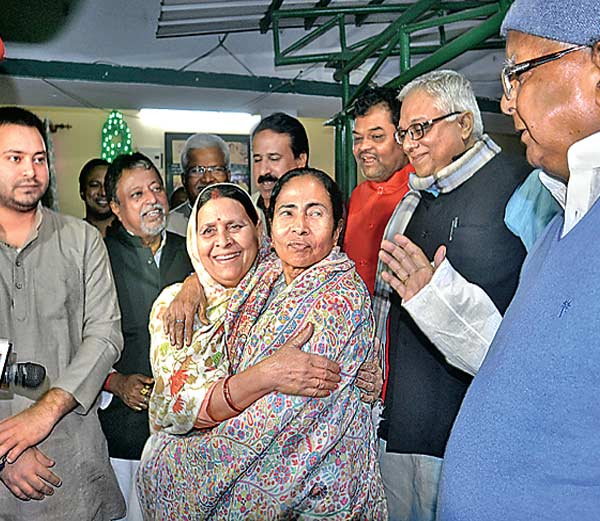 “Lalu Prasad is Voice of India”, remarked Miss Banerjee soon after calling on the RJD chief at his official residence at 10, Circular Road, on late Tuesday evening to seek his support in her protest against demonetization.

She is in Patna to stage a sit-in to protest currency ban as announced by Prime Minister Narendra Modi.

It was really an interesting sight to watch Miss Banerjee in full colours and hugging Rabri Devi, wife of RJD chief, tightly to express her warmth towards Bihar’s ruling family.

Encouraged at her sudden show of warmth, Prasad directed the state RJD chief Ram Chandra Purve to attend her dharna to be started on Wednesday afternoon at Gardanibagh.

To a query, she said the Bihar chief minister Nitish Kumar’s ideology is different but “Laluji is with me”.