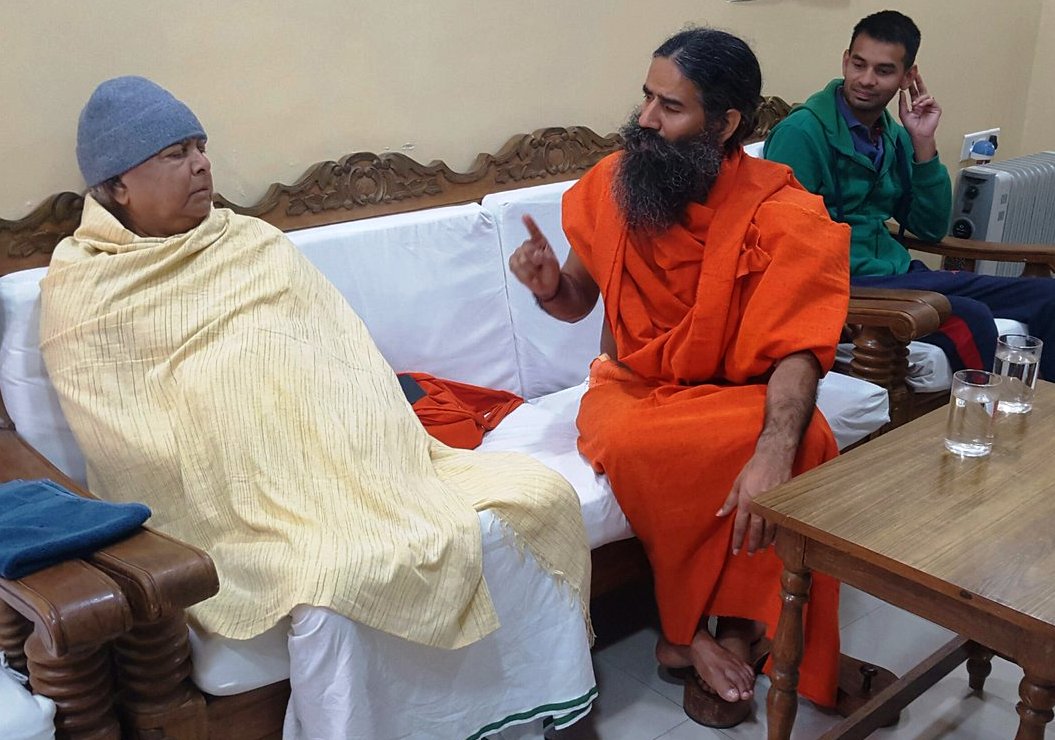 “You (Lalu Prasad) are ‘social and political heritage’ of India. It’s a must for the country that you remain healthy,” Ramdev reportedly said after meeting the RJD president at his 10, Circular Road official residence in Patna on Friday.

Prasad whose party has come back to power after a full once decade is currently unwell and it’s after coming to know about his failing health that the Yoga Guru reached Patna to meet him to personally know about his well being.

According to family members, Ramdev advised Prasad to follow certain pranayams to keep himself fit.

To a query, he rejected reports of “economic recession” in India post demonetisation drive launched by the Narendra Modi government.

“There is no economic recession…It’s only a rumour being spread by vested interests,” Ramdev said.