‘Lalu is a merchant of votes, should be hanged for robbing Bihar’, says Indian parliamentarian Pappu Yadav 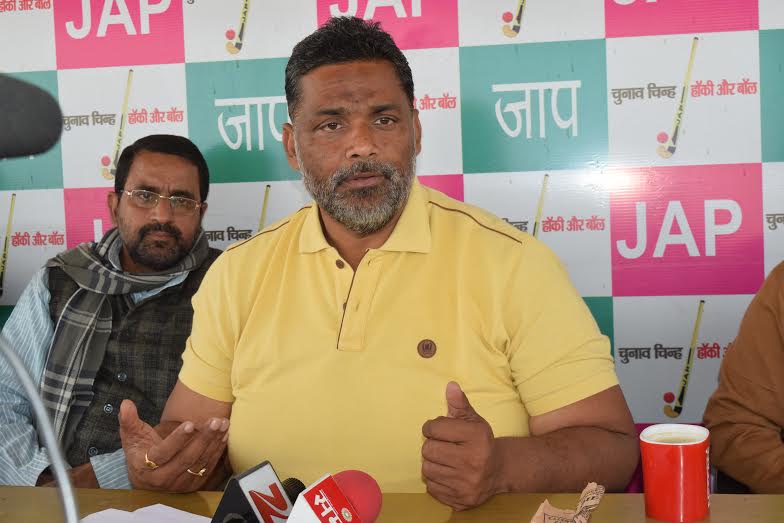 PATNA: Jan Adhikar Party chief and parliamentarian Rajesh Ranjan, more popular as Pappu Yadav, today kicked up a major row by stating that the leaders like Lalu Prasad sentenced to five year jail term in the multi-million dollar fodder scam should be hanged or poisoned to death. Yadav who was elected to Lok Sabha from Madhepura seat on Rashtriay Janata Dal (RJD) ticket has been expelled by the party for his anti-party activities.

“Leaders like Lalu Prasad should be hanged or poisoned to death for robbing Bihar,” a local Hindi news channel ETV quoted Yadav as telling the media on Saturday. Prasad who is currently the national chief of the RJD has been Yadav’s before falling out with him.

Yadav alleged the RJD chief had nothing to do with any agitation or any problems concerning the country. “What he only cares about is doing vote-bank politics”, he accused.

Charging him doing politics over the issue of Kanhaiya Kumar, head of the student union at Delhi’s Jawaharlal Nehru University who faces sedition charges, Yadav said had he really been concerned about the student leader he would have spared time to meet him.

“He (Lalu) is a ‘merchant of votes’ and goes only that place where he sees political benefits,” he alleged.

“All of a sudden, he has turned quite sympathetic towards Kanhaiya and is terming him as the ‘son of Bihar’, a promising boy. This is only politics,” Yadav mocked adding if Prasad was really concerned about Kanhaiya he should provide security to him.

Yadav fell out with his mentor before the assembly polls over the issue of what he termed ‘dynastic politics’ within the RJD’s first family and floated his own party to take on his rival. In the recently-held elections, his party fielded candidates against the ruling Grand Alliance but failed to open an account.