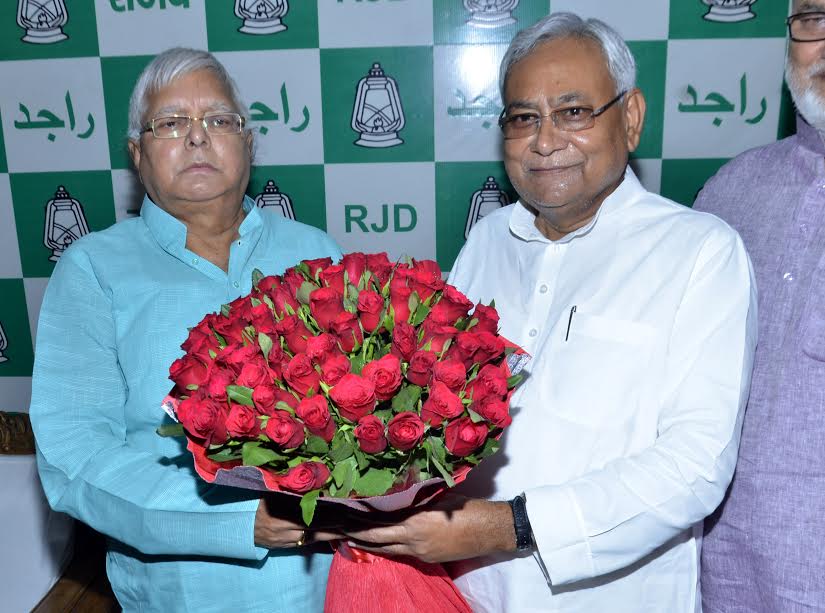 Kumar visited 10, Circular road residence of the RJD chief on Sunday and presented him a bouquet with 70 red roses as the cameras clicked on.

“I have come to greet him on his birthday. My best wishes are with him. He has led a long political life and has contributed a lot to Bihar’s politics and the society,” Kumar told the media after greeting Prasad.

Later, at a function organised to mark inauguration of two road bridges over Ganga, the chief minister again extended his greetings to Prasad, heaping praises on his physical fitness even at this age.

“I still find him full of energy, the kind of which was seen during his student’s life,” Kumar added.

The heavy praises on Prasad assume significance amid reports of differences between the two leaders.