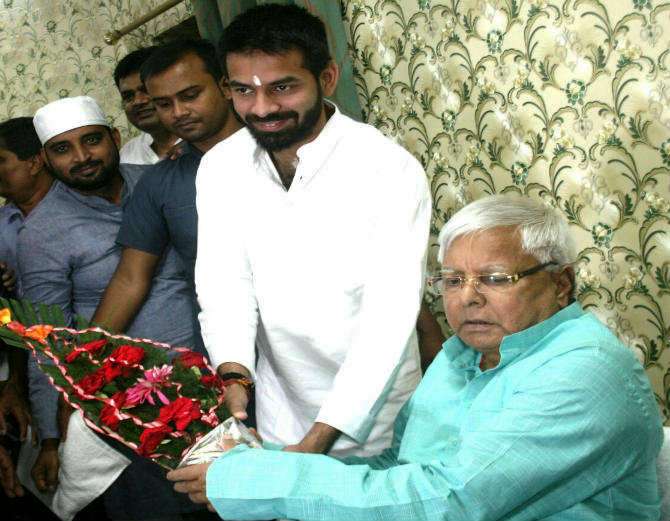 PATNA: RJD chief Lalu Prasad today filed his nomination for the party president for the 10th times on Sunday.

He is all set to be elected unopposed as none others have jumped in the ring against him.

Prasad first became the president of the party in July 1997 soon after he formed the RJD after rebelling against the then ruling unified Janata Dal (JD). Since then, he has been holding the post without fail.

Speaking on the occasion, he demanded the rollback of GST and the ATMs saying majority of people in the country are not literate enough to make cashless transactions.