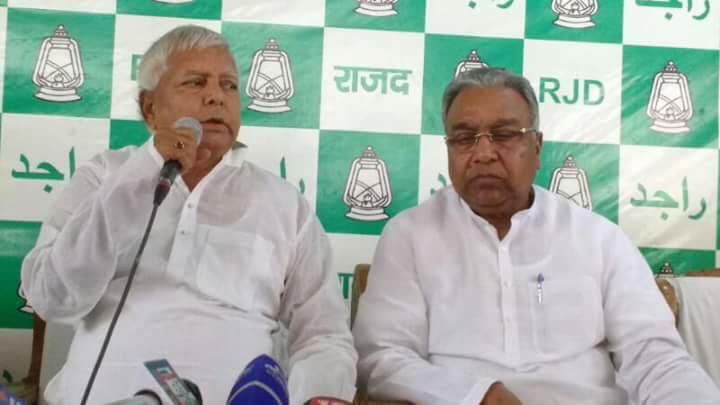 Modi who served as deputy chief minister in the previous NDA government also released a document to prove how RJD chief Prasad’s daughter Chanda Yadav gave chief minister’s “1, Anne Marg” official residence in Patna as her own as a director of Delight Marketing Co. Pvt LTD in September 2014.

“I am wondering why Lalu’s daughter mentioned this wrong address on the company document while her family had quit the CM House in 2005 itself,” asked Modi.

Prasad family lost power after March 2005 assembly elections in Bihar although they stayed in the CM House till January next year.

He also accused Prasad’s minister-sons, Tej Pratap Yadav and Tejashwi Yadav, for misusing the address of the CM House saying both of them counter-signed on the company document to confirm their sister’s address.

Modi has already sought dismissal of Prasad’s minister-sons for their alleged involvement in the land-cum-mall scandal—a charge stoutly rebutted by the RJD president.