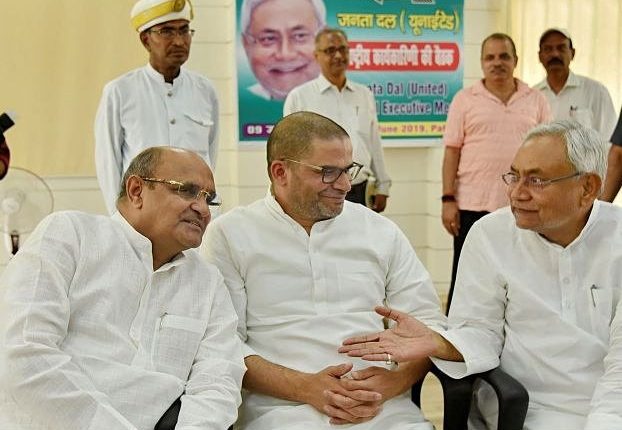 PATNA: While the Bhartiya Janata Party (BJP) objects to the “dealings” between poll strategist Prashant Kishor and the Trinamook Congress (TMC) of West Bengal chief minister Mamata Banerjee, the JD-U has washed its hands off the entire controversy saying it has nothing to do with the professional services offered by Kishor’s company.

Kishor who is the JD-U vice-president also runs a company Indian Political action Committee (IPAC) which provides technical services to various political parties. This time, he has signed a contract with West Bengal chief minister but the JD-U finds nothing objectionable to it.

“The JD-U has nothing to do with Kishor’s professional firm but the party wants the TMC to lose in West Bengal elections,” JD-U national general secretary KC Tyagi told the media on Sunday. According to him, nobody questioned Kishor when his firm worked for Jaganmohan Reddy in Andhra Pradesh.

A report in a Hindi daily said the issue of Kishor briefly came up for discussion during the JD-U’s national executive meeting in Patna held on Sunday but he was finally given the “clean chit” in the light of party decision that the JD-U won’t be a part of the NDA outside Bihar.

But, the BJP has strongly reacted to Kishor’s decision to work for Mamata Banerjee saying it would damage the alliance between the BJP and the JD-U.

“What Kishor is doing today will harm the alliance between the two parties. His business is related to politics while both can’t run together. He will have to consider this,” state BJP vice-president Mrintunjay Jha has told the media.

“Amit Shah is a bigger poll strategist than Kishor. Amit Shah is the principal of the college where Kishor is enrolled as a student. Nothing is going to help Mamata now,” BJP general secretary Kailash Vijayvargiya was quoted as saying in a local media.