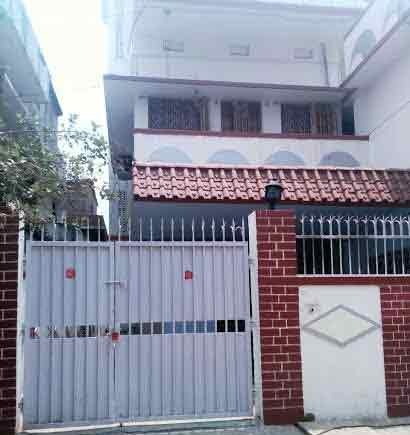 This is the lesson one gets from the Gaya shooting incident which has literally opened the floodgate of all round ruination for the mighty Bindi Yadav—the dreaded gangster who emerged as the new synonym of “rag-to-riches” story.

Right now, both Bindi and his notorious son Rocy Yadav accused of killing a teenager are behind the four walls while jail also awaits his legislator wife Manorama Devi, now on the run to escape arrest.

None questioned his authority even as inarticulate Bindi saying more through his eyes remained involved in once serious crime after another in the past three decades but a single incident now badly threatens his huge empire he built allegedly through wrong means.

It all began Saturday after his son Rocky shot dead a promising class 12 student who wished to seek career in hotel management, with his Italian Beretta pistol when he dared to overtake his brand new Land Rover car.

It’s fallout was fast and deadlier. The incident soon saw the arrest of Bindi for allegedly helping his son flee the place of occurrence. Soon followed the arrest of his absconding son.

Right now, the police are conducting intensive raids to arrest the absconding legislator who has gone underground post issuance of arrest warrant against her in the liquor law violation case.

She also faces another case for employing minor as a domestic servant at home even as the police have already withdrawn her all security guards for her alleged involvement in such crimes.

Add to this, the police have also sealed her palatial bungalow in Gaya, and efforts are now on to confiscate her family’s ill-gotten property. The state government now has announced to investigate how did her family earn huge property in such a short span and what was their source of income.