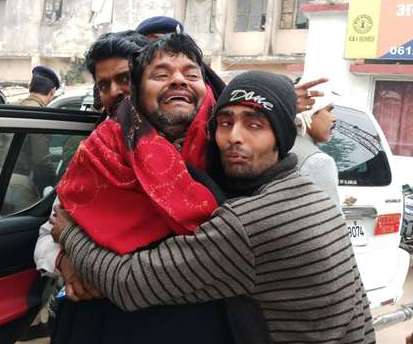 PATNA: At least, three children were killed in quick succession by criminals in Bihar in the past 24 hours, prompting the opposition to mount heavy attacks on the ruling Nitish Kumar government.

In the first incident of killing reported from Patna, a class nine student Raunak Kumar was killed by kidnappers soon after his killing on Thursday. Today his body was recovered from a shop in the Kadamkuan locality.

The victim had been kidnapped on Thursday morning while he was going to school along with his sister.

Police have arrested the main culprit involved in the crime and the accused has confessed to his crime.

Another incident was reported Betia in West Champaran district where a Lower Kindergarten student was killed after his kidnapping.

Reports said the victim had been playing outside his home when he was kidnapped. Subsequently, he was killed and his body dumped into a safety tank.

The police recovered the body of another child who has been missing for the past over a week in Kaimur district. The body was five-year-old victim was today recovered from a well.

A series of three incidents gave ample opportunity to the opposition to hit out at the ruling regime.

“A series of incidents indicate the worst form of Jungle Raj has gripped the entire state but the government is busy to ensure its human chain programme become a success,” alleged RJD spokesperson Shakti Singh Yadav.

He added law and order situation had touched its nadir and the masses were living in a state of panic but the government looks least concerned.

Bihar opposition leader Tejashwi Yadav wondered over the “silence” of the NDA leaders over these shocking incidents.

“Why Sushil Kumar Modi who routinely talked about ‘jungle raj’ (while the RJD was in power) is mysteriously silent now?” asked Bihar opposition leader Tejashwi Yadav.