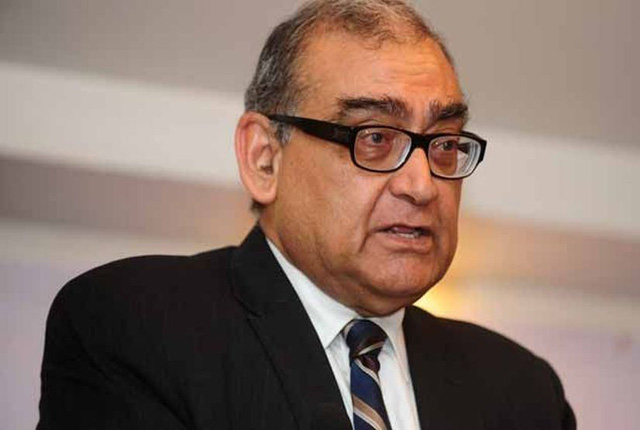 PATNA: Former Supreme Court judge Markandey Katju today again made a mockery of himself when he described himself as “Shakuni Mama”, one of the main villains in Hindu epic Mahabharata.

He made these observations in response to Bihar chief minister Nitish Kumar’s remarks.

He even suggested the people of Bihar to move the UN to register complaint against him apparently piqued at a police complaint case registered against him in Patna.

“I suggest Biharis should take their complaint against me to the UN. When ‘cheer haran’ (disrobing) of Draupadi (another character in Mahabharata) was being done, she appealed to Lord Krishna to save her honour,” Katju wrote in his Facebook post.

The ruling JD-U leaders in Bihar reacted bitterly to such comments from former judge saying they don’t need to move the UN, the available Indian laws are enough to bring him under control.

“We don’t need to move the UN. The available Indian laws itself are enough to tame the man going out of control. He must be ready to face jail very soon,” JD-U spokesman Neeraj Kumar told the media today.

Yesterday, Katju had kicked off political storms through his post on the social media wherein offered to give Kashmir to Pakistan on the condition that it also takes away Bihar for what he claimed would end the dispute once and for all.

“It’s package deal…Either you take both Kashmir and Bihar or nothing. We will not give you Kashmir alone,” Katju wrote on his facebook post.

He claimed former Prime Minister Atal Behari Vajpayee had offered this deal to Pervez Musharraf at the Agra Summit but he “stupidly” rejected it.

Although Katju apologized later describing it as a “Joke” and saying “Most people in Indian lack a sense of humour”, his remarks drew a lot of criticisms from the leaders across the political spectrums.

Senior JD-U leader KC Tyagi said the man should be charged for sedition. “It’s unfortunate that a person of this stature makes derogatory comments about Bihar,” he told the media today.