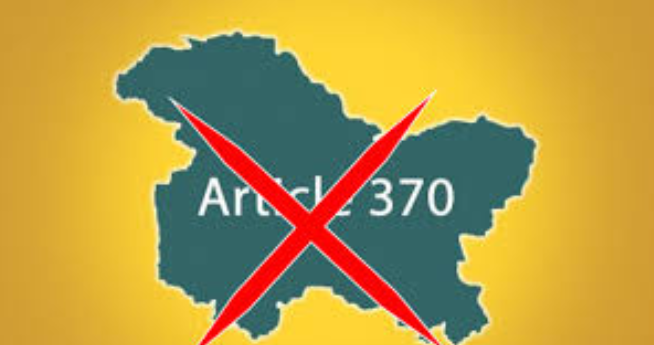 New Delhi (India Blooms News Service): Thousands of Kashmiri pandits, who had once left their homeland facing threats from militants in the Valley and lived like refugees in their own country, rejoiced the moment as PM Narendra Modi-led government at the Centre scrapped the Article 370 from Jammu and Kashmir which gave special status to the region.

Kashmiri pandits- who had to flee the Valley in 1989-90 after a wave of violence, including killings and rapes unleashed by the Islamists- celebrated the moment by dancing as the videos went viral on the social media just minutes after the Centre made the move on Monday.

Kashmir Samiti Delhi (KSD), a nodal agency affiliated to the government of India, is planning celebrations in the national capital to mark the day.

Bihar man buys land on the moon to…

Sumeer Chrungoo, president of the KSD, told Times Now that it was Article 370 that created conditions which led to the mass exodus of Kashmiri Pandits from Jammu and Kashmir.

He went on to reiterate that people of his community are still willing to return to their homeland and will return once the revocation of Article 370 comes into effect.

President of the All State Kashmiri Pandit Conference, which represents the displaced people, Ravinder Raina, told Hindustan Times: “It is in the interest of the nation, which comes first. Now, we can also hope of breathing in the open air.”

Fresh lockdown enforced in Patna after…