Kapil Mishra’s remark has nothing to do with Delhi riots, says Rajnath Singh 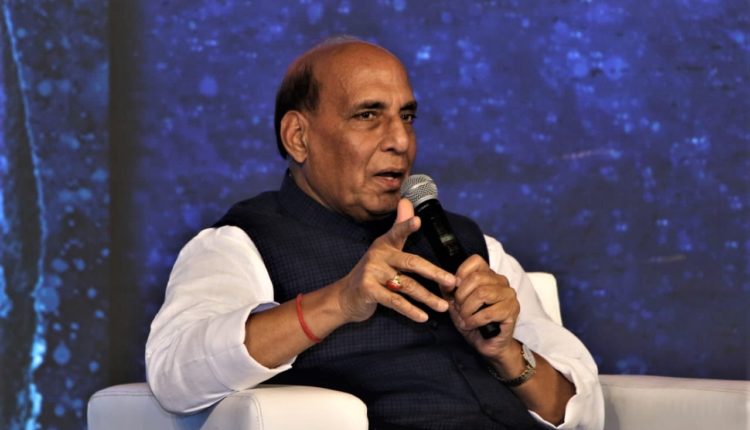 “His remark has nothing to do with riots. He’d only said we will come out on the streets if the roads are blocked. This could mean dharna, demonstration, which is a democratic right,” Singh told Rajat Sharma’s show ‘Aap Ki Adalat‘ to be telecast tonight on India TV.

“I do not agree with this slogan. Often it so happens that the leader shouts the first part of the slogan from the dais, and people below may have used the objectionable second part. In such a situation, a leader should have corrected himself and set things right, which he did not,” Singh said

Singh also does not agree with Delhi BJP MP Pravesh Verma’s inflammatory speech against Muslims during the elections. “Personally, I do not support such remarks.”

On a large section of international media reporting about insecurity among Indian Muslims, Rajnath Singh said: “As the senior most member of the cabinet, and having worked for a long time with Narendra Modi, I can say that our Prime Minister’s thinking has never been communal. During the Gujarat riots, the media tried to tarnish his image and he had to endure a lot of calumny”.

The defence Minister said India would get delivery of Rafale fighter jets from France by the end of May this year.

His assertion comes in the wake of reports in a section of media that Coronavirus scare may hit delivery schedule of four Rafale jets which were expected in May this year. The four Rafale jets will be inducted in the Indian Air Force at its station in Ambala.