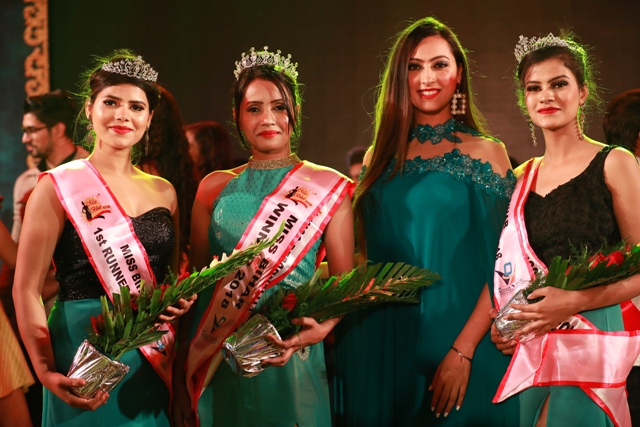 PATNA: Jyoti Singh won the title of “Miss Bihar, 2018” at an event organized here on Friday. She hails from Samastipur district.

Nisha Kumari from Muzaffarpur was declared the first runner-up while Shweta Singh from Patna ended as the second runner-up.

As many as 23 contestants from various parts of the state participated in the event organized by Ocean Vision in the local SK Memorial Hall on Friday night.

The contest began with a Bollywood song which was followed by introduction of contestants and their IQ test before the jury declared Jyoti as the winner of the contest after the fifth round.

“This is the platform to display talents of the Bihar beauties,” said Ocean Vision director Praveen Sinha. He announced to give a modeling contract of Rs100,000 to the winner of  Miss Bihar.

Bihar registers case against official 25 years after allegations of corruption