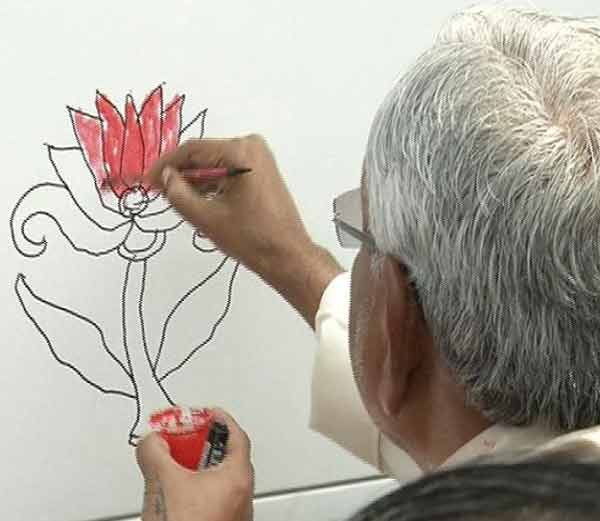 Asked by the journalists to comment over reports of growing proximity between the BJP and the JD-U which Kumar heads, BJP national spokesperson Shanawaz Husain gave a vague answer, “BJP sabka saath sabka vikas chahati hai” (The BJP wants the support and growth of all)”.

Hussain made these observations while addressing a Press conference in state party headquarters on Saturday.

The very next moment, he rubbished rumours of “blooming friendship” between the two parties saying they have been supporting each other over certain issues.

“The JD-U supported us over currency ban and the BJP backed their alcohol ban. That’s all,” explained Hussain.

The BJP spokesman made these remarks shortly after Kumar coloured a lotus painting made by a Madubani painting artist Baua Devi who only a couple of days back was honoured with Padma Shri. 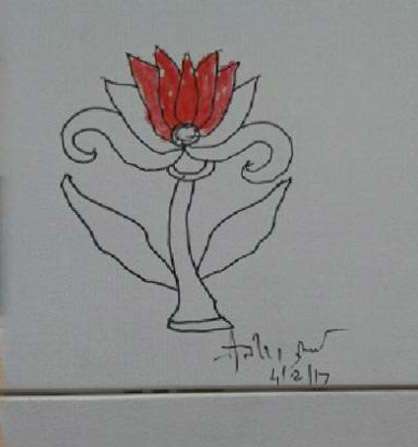 It all happened after the CM began making rounds of the various stalls put up at the Patna Book Fair which has been organized at the Gandhi Maidan soon after inaugurating the event.

Witnesses said while moving around the fair premises, he suddenly stopped by a stall and came across a sketch of Lotus penciled by Baua Devi.

Reports said on request, he took the brush and filled saffron colours in the Lotus, instead of pink which is the natural colour of the flower!

He also put his signature below the painting. Coincidentally, ‘Lotus’ is the poll symbol of the BJP headed by Prime Minister Narendra Modi.

Very soon, the painting by Kumar went viral in the social media with many questioning the move of the chief minister.

“It looks like Nitish Kumar is yet to forget the BJP. He still is madly in love with the BJP,” commented a political expert.

Of late, both Kumar and the PM Modi have been found sharing some cool moments and commending each other in public.

Especially, Bihar CM has gone out of the way in supporting just every act of Modi, such as surgical strike and notes ban. In contrast, both his partners, the RJD and the Congress, have been opposing the Modi policy.