It’s my job to be informed on critical issues, says RG after meeting Chinese envoy 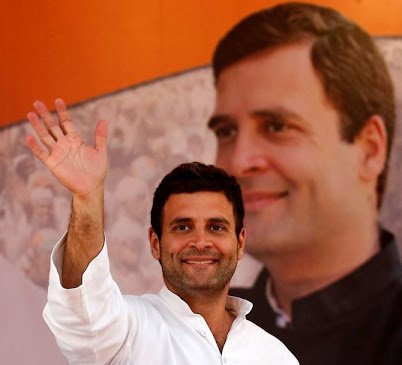 New Delhi: Hours after confirming his meeting with the Chinese Ambassador, Congress vice-president Rahul Gandhi on Monday said that it was his job to be informed on critical issues.

“It is my job to be informed on critical issues. I met the Chinese Ambassador, Ex-NSA, Congress leaders from NE & the Bhutanese Ambassador,” Rahul Gandhi tweeted.

It is my job to be informed on critical issues. I met the Chinese Ambassador, Ex-NSA, Congress leaders from NE & the Bhutanese Ambassador

Slamming the BJP, he said: “If Govt is so concerned abt me meeting an Amb, they shld explain why 3Ministers are availing Chinese hospitality while the border issue is on (sic).”

Rahul Gandhi also posted an old image of Modi on a swing with Xi Jinping during the Chinese President’s 2014 visit saying: “And for the record I am not the guy sitting on the swing while a thousand Chinese troops had physically entered India.”

The meeting comes in the backdrop of continuing standoff between two Asian giants. Earlier the party spokesperson Randeep Singh Surjewala had confirmed their meeting, describing it as a normal courtesy call.

He had earlier said that the news on the alleged meeting between Gandhi and Chinese ambassador was ‘fake’.

He had earlier tweeted: “A wanting to be ‘Bhakt’ channel will not question 3 Union Ministers visiting China or PM’s bonhomie & praise at G20 yet run fake news!”

He said: “Before MEA & IB sources plant news with ‘Bhakts’, they should reverify that we still have diplomatic relations with all our neighbours.2/n.”

“Ohh! And ‘Bhakts’ are precluded from questioning this doublespeak too. We forget-two BJP mouthpieces & sundry wannabe’s get a script!,” he said.