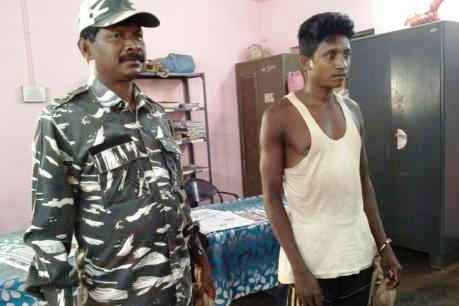 PATNA: A man killed an entire family in Jharkhand after the family head refused to marry off his daughter to him.

The gory incident took place at Tulasai village under Gua police station in West Singhbhoom district about a fortnight ago but was reported to the police on Sunday after some villagers saw abandoned bodies in a nearby forest.

Police recovered all five bodies which are believed to be that of Ram Singh Sirka, his wife Pano Kui (40), daughter Rambha Sirka (17), and sons Kod Sirka and Sonia Sirka, aged 12 and 8 years respectively.

According to police, the accused Topay Boypai, an influential villager, had been coercing Ram Singh to marry off his daughter to him, but Singh rejected it.

On the fateful day when Ram Singh was away on some work, the main accused went to his home and killed all four family members there with the help of up to eight accomplices, police told the media today.

After committing the crime, he dumped their bodies in the nearby forest and then killed the head of the family when he returned home late in the evening. The incident took place on March 15.

The entire story of horrible massacre came to light in the weekend when the police were told about the four rotten bodies in the nearby jungle. Subsequently, a police team rushed to the spot and recovered the bodies. Another body, believed to be that of head of the family, was recovered from another location in the jungle.

The police have arrested the main accused and sent him to jail. “He has confessed to his involvement in the killing,” a local police official engaged in investigation Sanjay Kumar told the media on Sunday adding raids were on to nab other absconding accused persons.