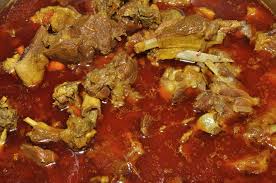 PATNA: A bereaved family from the eastern Indian state of Jharkhand has been left further shocked and shattered after the co-villagers asked them to throw a grand mutton feast to “celebrate” the death of their young daughter.

Ailing Luli, daughter of hapless woman Lakhi Mani from Dimra village in Ranchi, died of serious ailments some 10 days back. The victim was admitted to the Rajendra Institute of Medical Sciences but could not survive.

“With this death, you have been spared from spending money on her marriage. Now you should throw a mutton party to the villagers from the money you had saved for her marriage,” the inconsolable woman quoted her co-villager as having said.

The whole story came to light after the shell-shocked woman reached the Junta Durbar of two Jharkhand ministers, Randhir Kumar Singh and Ramchandra Chandravanshi, today and sought financial help to compete last rites of her daughter.

She narrated how her co-villagers had been asking for a mutton party to “celebrate” the death of her young daughter.

Even as she was narrating her tale of woes, she fell down on the ground and lost her consciousness reportedly out of extreme fatigue and mental stress. It was after much effort that she could be brought back to her senses.

“She has been running from pillar to post to arrange money for the mutton party as sought by co-villagers. Apparently, this led the situation,” said a family member who accompanied on her trip to Ranchi.

Lalu’s appearance in fodder scam case: That is one reason why he transferred power to his sons so early