This Jharkhand village has not reported any case to police, court in past 70 years 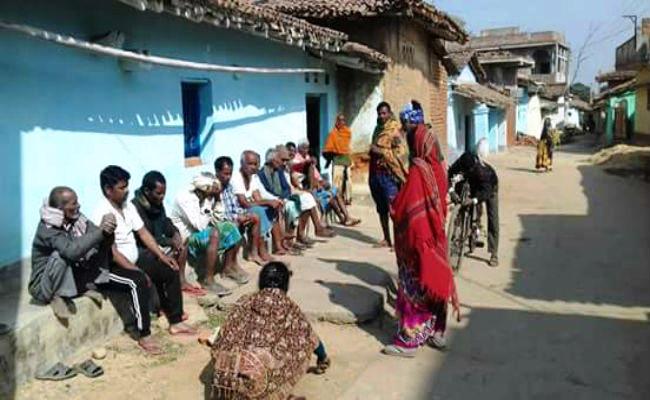 RANCHI: At a time when the growing disputes and personal differences remain a matter of worry, there is a village in Jharkhand which has not reported any case to the police or the court in the past over 70 years since India got independence.

Chetar village, a home to 1,500 residents, located under Ramgarh district in Jharkhand really sets an example for the society.

Whenever any dispute arises, the villagers meet together and settle the case at their own without involving the police or the court, village elders claim. It’s this unique feature which separates this village from the remaining 32,619 villages in the state.

“Whenever there is any dispute in the village, we sit together and settle the case at our own level. None from the village has registered any FIR (first information report) with the local police in the past seven decades. This is our biggest achievement,” Tularam Mahato, 82, told the local media.

Another elder village Mutukram Karmali, 72, made similar claim. “We have been totally against any issue being reported to the police or the case. Whether it is land dispute or quarrels, we solve them at our own level amicably,” Karmali said.

He said non-registration of case didn’t mean the accused persons go scot-free or there is no ‘rule of law’. “A committee of villagers imposes fine on villagers held guilty and that money is spent on the carrying out public works or helping the poor,” Karmali said.

Sheela Kumari, a school teacher, credits the growing awareness for education among the villagers for this rare achievement. “Most of the villagers here are educated and are employed to various departments which have helped contain the cases going to the police or the court,” she said.

According to her, just every about every second home has a teacher employed in government or private schools, and hence is also called a “Village of teachers’.

As per reports, there are a total of 40 government and 20 private teachers while 70 students are pursuing technical education. The village has a total of around 150 houses.

“Such level of awareness for education among village has apparently helped us tackle even serious cases at our own level. We are proud of it,” she asserted adding almost each family is educated at the village.

Opp, industry disappointed over ‘neglect’ of Bihar in Union budget