Jharkhand station to be named after Krishna 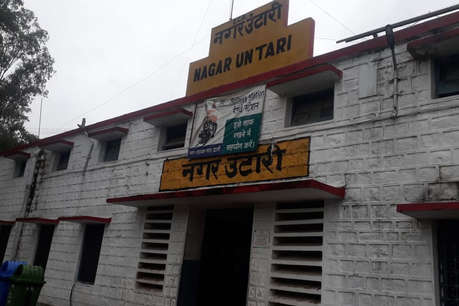 PATNA: The state government in Jharkhand has got the green signal from the Centre to change the name of a railway station after Lord Krishna, a prominent Hindu deity.

The whole country is now busy in organizing Janmashtami celebrations to mark birth of the Hindu god.

The state government had been seeking for naming Nagar Untari railway station in Garhawa district after Krishna and the Union home ministry has finally given its nod.

A temple in Garhawa district is dedicated to Krishna and the state government had sought for renaming the local railway station as Banshidhar Nagar to develop the place on the patter of UP’s Mathura and Vrindavan.

“The Jharkhand government wants to develop Nagar Untari as Banshidhar Nagar and model it on the lines of Mathura and Vrindavan in Uttar Pradesh. They have plans to make ‘Banshidhar Nagar’ part of the Lord Krishna religious circuit. They are examining proposals for a tie-up with the International Society for Krishna Consciousness (ISKCON) also,” an unnamed senior government official was quoted as telling Indian Express.

According to the official, the Centre had cleared the proposal to name that station after Krishna.

Maoists kill woman for being ‘police informer’, search on to nab rebels

Indian economy was never in such a mess, says Arvind Kejriwal

Nitish to hold meeting with DMs as…