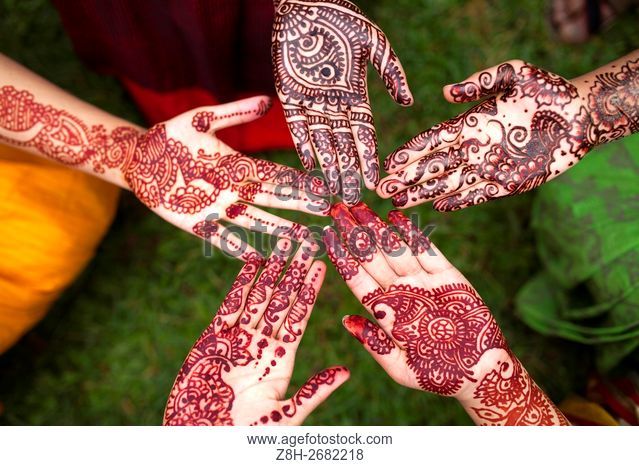 PATNA: A leading private school in Jharkhand sate has suspended as many as 90 girl students from the school for two days for applying henna in their hands.

All the victim girls had painted various henna designs on their palms to celebrate Raksha Bandhan, a prominent Hindu festival during which the girls tie safety bands around the wrist of their brothers.

The bizarre order was issued by an English medium, co-educational private school located at Jamshedpur in Jharkhand on Monday.

The girls had reached the school to attend classes on Monday when the school administration noticed their palms painted with various henna designs and admonished them for violating the school order.

The henna paintings were quite visible since they had applied them barely a day ago to mark “Raksha Bandhan” which was celebrated on Sunday.

Within no time, the school administration launched an extensive checking drive in the school and later found out a total of 90 girls from Grade Seven to Grade 12 with henna painting on their palms and feet.

Subsequently, school principal Rakhi Banerjee called all these girls in her official chamber and gave them a severe dressing down before suspending them from school for two days.

Later, the school administration called the parents/guardians of the girls to school and asked them to take away their children.

Very soon, the parents reached the school and took away their children. Many described it as a “Talibani diktat”.

“The action against students is not fair. In such a situation, they will perhaps never be able to celebrate any festival,” one of the parents Manoj Kumar told the media today. He asked the education department to initiate action against the school administration.

The education department while taking cognizance of the incident has announced to initiate suitable action against the school administration.

“It’s totally unfair to expel girl students from school just for applying henna in their hands. We are writing to the local administration to take action against the school administration,” local district education official RKP Singh said.

Principal, however, defended her action saying it was taken to enforce discipline on the campus and bring uniformity among the children.

“We have no enmity with any student. The action was taken just to enforce discipline on the campus. They had already been issued advisory in the past but they didn’t take notice of them,” the school principal said.

Mr Flip-flop: How Kushwaha looks confused about his next political move