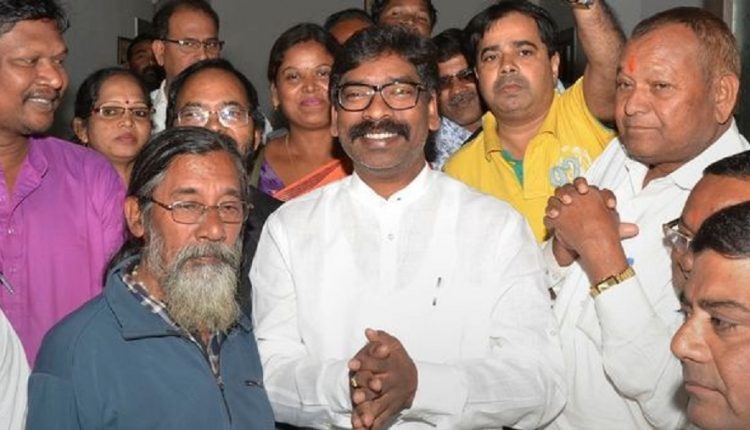 RANCHI: In a major setback to the ruling coalition, yet another Indian state appears slipping out of BJP’s hands as the Jharkhand Mukti Morcha (JMM)-led Grand Alliance is heading for simple majority in the 81-member Jharkhand assembly as show the initial trends.

The BJP headed by chief minister Raghubar Das had gone to the elections with the slogan of “Abki bar 65 ke par” (this time we will cross 65 seats).

While the JMM was leading over 24, Congress and the RJD had established leads over 13 and five seats respectively.

“The trends can’t be called the result. There are many seats where the BJP candidates are trailing by little about 1,000 to 1,500 votes,” claimed Das.

Das claimed, “We are winning. Ultimately, we will form the government in Jharkhand”.

Strangely, the BJP finds itself such critical situation despite the fact the party leadership had fielded all the top leaders, such as Prime Minister Narendra Modi and Union home minister-cum-party chief Amit Shah on campaign front and they intensively campaigned for the party candidates.