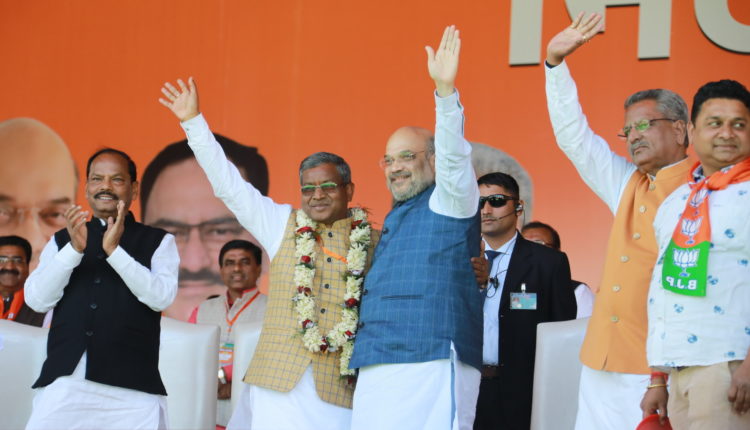 RANCHI: After a political ‘vanvas’ for full 14 years, former Jharkhand chief minister Babulal Marandi returned to the BJP on Monday after getting his party, Jan Vikas Morcha (JVM), merged with the saffron outfit.

Marandi who had quit the BJP in 2006 staged his “ghar wapsi” (returned home) at a grand function attended by former BJP chief and union home minister Amit Shah.

“I am happy at the way the party has welcomed me with open arms and showed such warmth. I will do whatever job offered to me by the party,” said Marandi, addressing the audience on this occasion.

He revealed the BJP tried so many times to get him back into the party but “I remained adamant on my stand”.

“Sometimes, it’s very hard to convince your own conscience and that was the case with me. If I have returned today it’s not because the BJP worked for my ghar-wapsi after its defeat in the (recent Jharkhand) assembly elections but this was the result of the long effort,” he explained.

Strangely, Marandi never proved a potent force and appeared like challenging the BJP anytime through his outfit JVM.

It’s not that the JVM put up a poor show all the time. Although the party, on some occasions, won respectable number of seats but its elected legislators always preferred to join the ruling party after winning elections.

“Marandi faced more troubles mainly after his leaders won elections as they went with the ruling party, leaving him alone. This happened every time. Apparently, this humiliation compelled Marandi to return to the BJP and remained safe in its company,” commented a political commentator.