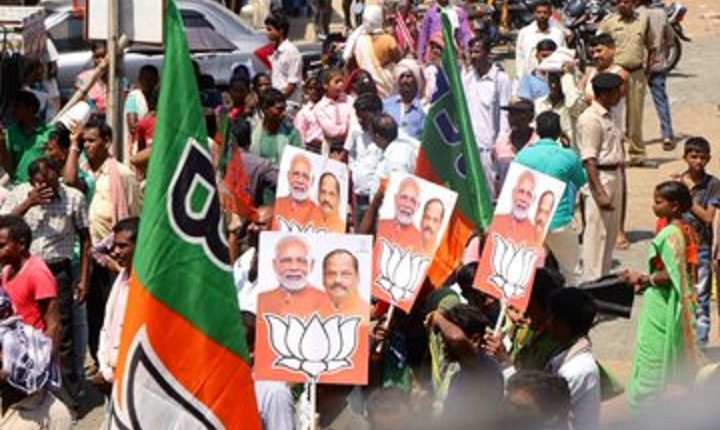 RANCHI: Journalists in BJP-ruled Jharkhand state are hopeful of benefitting from “cash-for-favourable news” idea launched by the BJP government in the state ahead of the assembly elections.

Although the journalists claim they don’t support this move of the Jharkhand government, BJP officials said the idea, as such, had the backing of the journalists.

The announcement comes barely weeks before the state heads for the state elections to be held at the year-end for which the political parties have already launched public contact programmes quite well in advance. The elections in the state are scheduled to be held by December.

Also Read: Will Nitish Kumar be NDA’s CM face in 2020? BJP looks divided over the issue

The government made this announcement through an official advertisement published in the local media.

Through the advertisement issued by the Information and Public Relations Department, Government of Jharkhand, the government has sought applications from the journalists—both in print and electronic media— willing to write reportage on the ongoing welfare schemes launched by the state government.

A selection committee will then short-list 30 journalists who will be given a month-time to prepare the reportage on the selected topics and get it published/telecast in print/electronic media. Once this is done, they will be paid up to Rs15,000 per article/TV clip.

The move has drawn strong criticisms from the Opposition which accused the government of “bribing” the media persons to write favourable stories.

The ruling @BJP4Jharkhand govt , it's officials & our hon'ble CM @dasraghubar have breached all norms of ethics & moraliy. Open advrt by Govt publicity wing to journalists in #Jharkhand to write on #Vikas & earn money as fees. #PressCouncil & @MIB_India should take cognizance . https://t.co/OmK8I2Io54 pic.twitter.com/o133zZmHmQ

Soren who also happens to be the executive president of Jharkhand Mukti Morcha (JMM) has asked the Press Council of India and the federal Ministry of Information and Broadcasting to take cognizance of the matter.

State BJP spokesperson Deendayal defended his government saying the step was taken on the request of the journalists. “The government has taken the initiate only after many journalists asked for such a scheme,” Deendayal explained.