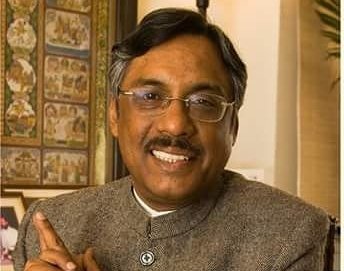 PATNA: In a significant development, the JD-U today questioned the ‘impartiality’ of the Election Commission after it chose to announce poll dates for Himachal Pradesh but ignored Gujarat.

The JD-U spokesperson Pavan Kumar Varma today raised the party’s concern over the EC’s role in a tweet.

“EC must not only be impartial but seen to be so. Why have the dates for Gujarat elections not been announced? We need credible answers,” tweeted Varma on Monday.

According to him, the EC must provide for a “credible reason” for not announcing poll dates for Gujarat.

“So I have asked the EC that in order to retain its impartiality, which we all respect, it must provide credible reasons for not doing so. That is a question beyond partisan politics. Democracy is about strength of the institutions,” Varma was quoted as saying by news agency PTI today.

He also made it clear he raised this question not in his personal capacity but as a spokesperson of the party.

The JD-U is currently an ally of the BJP and returned to the saffron camp barely two months back. The JD-U observations look like saying all is not certainly well between the two partners.

The opposition parties have alleged the EC didn’t announce the poll dates for Gujarat to let the Prime Minister announce sops for the people of Gujarat at his rally as the announcement of poll dates would instantly enforced model code of conduct.