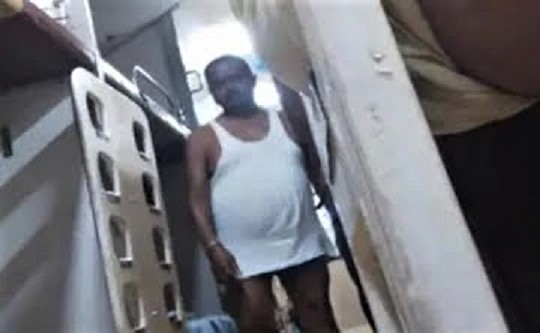 PATNA—A legislator from ruling Janata Dal United (JD-U) in Bihar faced flak on Friday after he was caught on camera moving around in undergarments in train compartment.

JD-U legislator Gopal Mandal became a butt of jokes when he was found walking around in bare minimum clothes while traveling on Tejas Rajdhani Express on Thursday. The train was going to New Delhi from Patna junction.

“Hardly had the train left left the Patna junction, the legislator came in undergarments and found moving in the train bogey. We requested him to behave properly but he instead shouted at us and held out threats,”  passengers alleged.

The legislator offered a bizarre explanation for his conduct.

“The moment I boarded the train, I wanted to use the loo immediately. So I removed my kurta pyjama and took the towel on my shoulder. I did not have the time to wrap it around my waist. I was only wearing the undergarments as my stomach was upset during the journey…  I won’t lie,” Mandal told the media.