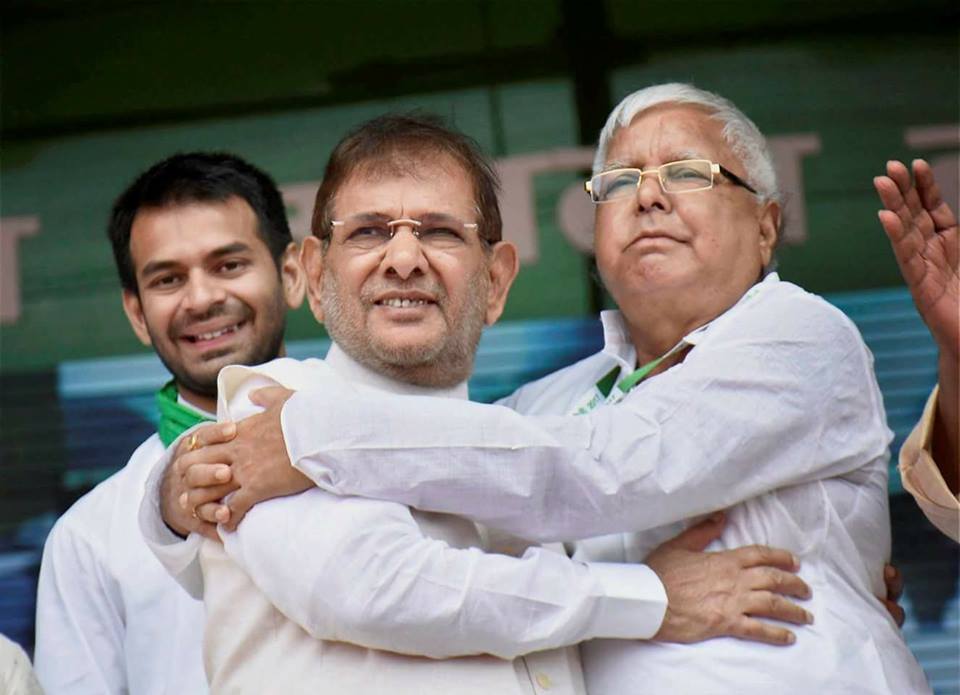 PATNA: Tightening noose around party rebel Sharad Yadav, the JD-U today handed over a memorandum to the Vice-President-cum-Chairman of Rajya Sabha Venkaih Naidu, seeking cancellation of his House membership for his “anti-party activities”.

Yadav is currently a member of the Rajya Sabha.

The JD-U moved against Yadav barely a week after he had defied the party’s appeal about not to attend the RJD rally in Patna. The RJD had held the rally for ouster of the BJP of which JD-U is an ally.

Reports said during the meeting which lasted for some 15 minutes, the party leaders, RCP Singh and Sanjay Jha, submitted Naidu the reports of Yadav’s alleged anti-party activities and their evidence.

Yadav, on the other hand, has approached the Election Commission claiming his faction as the “real” JD-U and has also staked claim over the party’s poll symbol of arrow.

Yadav claims he is still with the Grand Alliance which is well alive even after Nitish Kumar pulling himself out of it.