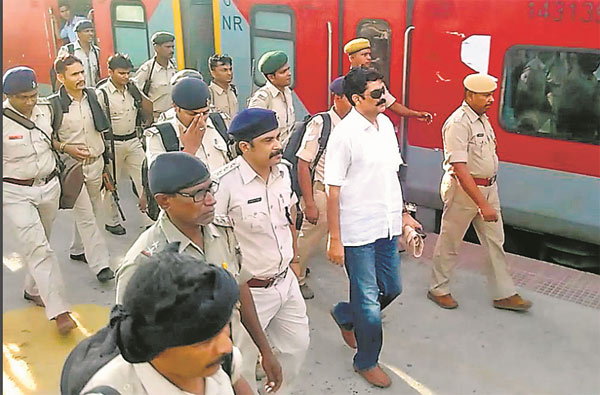 Shahabuddin who was lodged in the high-security Bhagalpur central jail was sent to AIIMS by Dibrugarh-New Delhhi Rajdhani Express on Wednesday evening with a total of 23 police men providing him a security cover.

Reports said initially Shahbuddin refused to board the “rickety” prisoner van and then expressed annoyance over his seat reservation in AC-2 tier. He wanted to travel in AC-1 class but had no option.

His shifting comes barely a day after he apprehended threats to his life from the state government.

He made this allegation in a petition filed in the court of additional district judge-IV, Siwan, Ajay Kumar Srivastava.

He said he was seriously ill but the government was not paying attention to his health adding he had no faith in the medical team formed to look after his heath.