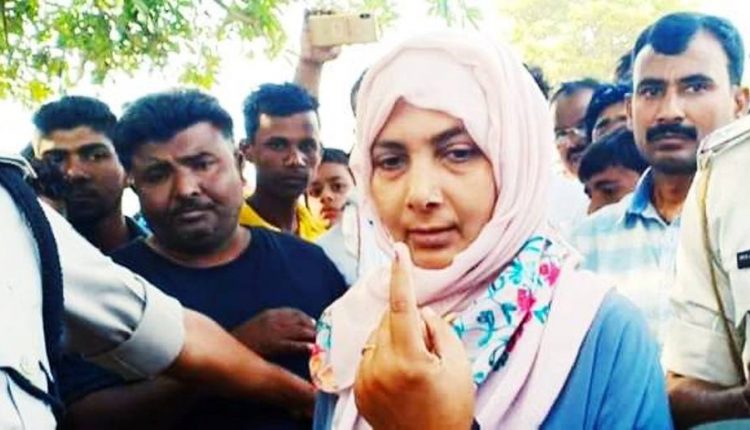 PATNA: RJD candidate from Siwan, Heena Shahab on Sunday launched a blistering attack on chief minister Nitish Kumar for his failure to ensure safety to the female community in Bihar.

Heena who is wife of jailed politician Mohammad Shahabuddin questioned Nitish Kumar over Muzaffarpur care home incident which at least 34 girls were allegedly raped but no action was taken against the accused persons involved in the incident by the state government.

“Muzaffarpur case is a blot on face of the society and the government but sadly the Nitish Kumar government turned a blind eye towards the perpetrators of the crime,” Heena told the media on Sunday after coming out of polling station after casting her vote.

“Did he expel anyone from the party? The people will reply through votes in the elections,” she said.

She alleged the respect to woman remained the last thing under the Nitish Kumar government. “The women didn’t get respect under the present government. Those who protested were treated with lathis,” she said.

“My own case is very pathetic. My husband was sent back to jail after getting bail from the court. Now, we can’t even meet him. You don’t know our pathetic tale,” she said.

Wedding stopped in Bihar after guests not served mutton