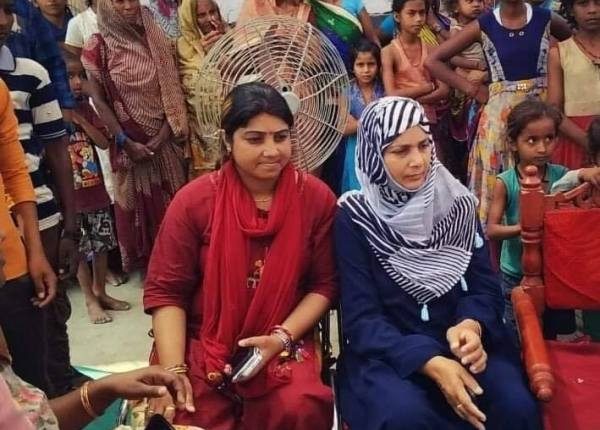 PATNA—The wife of jailed RJD politician Mohammad Shahabuddin has refused to contest assembly elections in Bihar. It’s not known why she declined the ticket offer from the party.

According o reports, the RJD wanted to field Heen Sahab, wife Mohammad Shahabuddin, from Raghunathpur seat in Siwan but as she refused, the ticket was allotted to the sitting legislator Hari Shankar Yadav.

Reports said she has also refused to contest from Badharia, another safe seat for in Siwan. The RJD is now said to be considering the name of Brishen Patel from this seat.

Heena Sahab had earlier tried her luck in three parliamentary elections held in 2009, 2014 and 2019 but the lady lack failed to smile on her.

Her husband is currently lodged in high-security Tihar jail in New Delhi in connection with various criminal cases such as murder of Siwan journalist Rajdeo Ranjan, murder of a businessman’s son by giving him acid bath and kidnapping-cum-murder of a Left party leader.