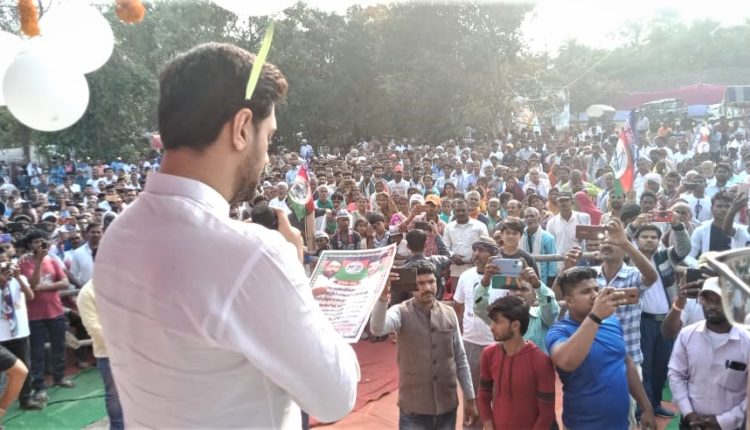 PATNA—Is the Lok Janshakti Party (LJP), a key ally of the BJP, planning to walk out of the Bihar NDA ahead of assembly polls?

The party headed by Chirag Paswan, son of Dalit icon Union minister Ram Vilas Paswan, has dropped ample hints about this by openly criticising both the BJP and the JD-U which are its coalition partners in Bihar.

Chirag who is currently on his state-wide “Bihar First, Bihari First” yatra has been blaming provocative speeches by the BJP leaders for the recent defeat in Delhi elections adding such leaders  won’t be tolerated in Bihar.

“We request the BJP leaders to rein in its foul-mouthed leaders, such as Giriraj Singh Kapil Mishra and take immediate actions against them,” Chirag told the media in Biharsharif on Friday and blamed BJP leader Kapil Mishra for destroying the communal peace in Delhi.

“The communal harmony in Delhi got disturbed only after the provocative speeches by Kapil Mishra which finally saw the national capital going up in flames of communal violence for three days,” Chirag alleged.

The LJP chief has also slammed Giriraj Singh for making inflammatory speeches and described them as “divisive” in nature.

“His (Giriraj’s) statements are divisive in nature and can’t be accepted,” Chirag had told newsmen earlier in Purnia in course of his yatra.

Chirag is peeved at the recent statements of Giriraj wherein he said all the Muslims should have been sent to Pakistan during the time of partition in 1947.

“There was a major lapse on the part of the ancestors and we are paying the price right now. Had all Muslim brothers been sent to Pakistan at the time of partition we would not have faced this situation,” Singh had told a meeting of party workers in Purnia.

Prior to this, Singh had branded Deoband, a municipal town in Uttar Pradesh, as the “Atankwaad ki gangotri” (a seat of terrorism).

The LJP has been equally criticising Bihar chief minister Nitish Kumar and his policies. Especially, he has attacked Nitish for his failure on the law and order front.

“Criminal incidents have registered an alarming jump in Bihar in recent months which is a matter of concern. This needs to be checked immediately,” Chirag had told the media at the Patna airport on Friday.

Earlier, the LJP president had supported the demand of the teachers who have been on indefinite strike for the past over a fortnight seeking equal pay for equal work, old pension scheme and service condition.

The repeated strike by four lakh contractual teachers has robbed off peace of the Nitish Kumar government and hugely annoyed them but the LJP in a curious move has announced to include teachers’ demand in its party manifesto.