Internet services halted in many Bihar districts after communal tension 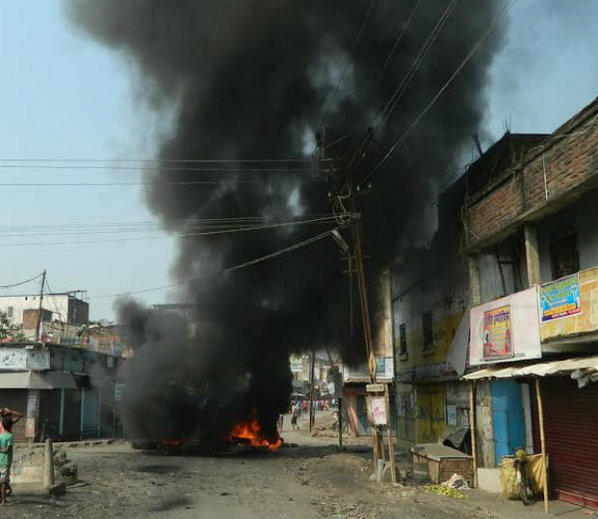 PATNA: Internet services have been suspended in many districts of Bihar after reports of communal clashes in the past four days.

The incidents of communal clashes have been reported from Gopalganj, Bhojpur, Madhepura and east Chamaparan districts, prompting the authorities to intensify security measures.

In Gopalganj, the clashes took place after anti-social elements threw stones on a procession carrying idols of Goddess Durga for immersion. Angry crowd later torched many vehicles parked along the streets.

Tension erupted in Bhojpur after two rival communities clashed during a Muharram procession being taken out in the town.

Media reports said in the ongoing clashes, more than 40 vehicles have been torched and 60 persons taken into custody.