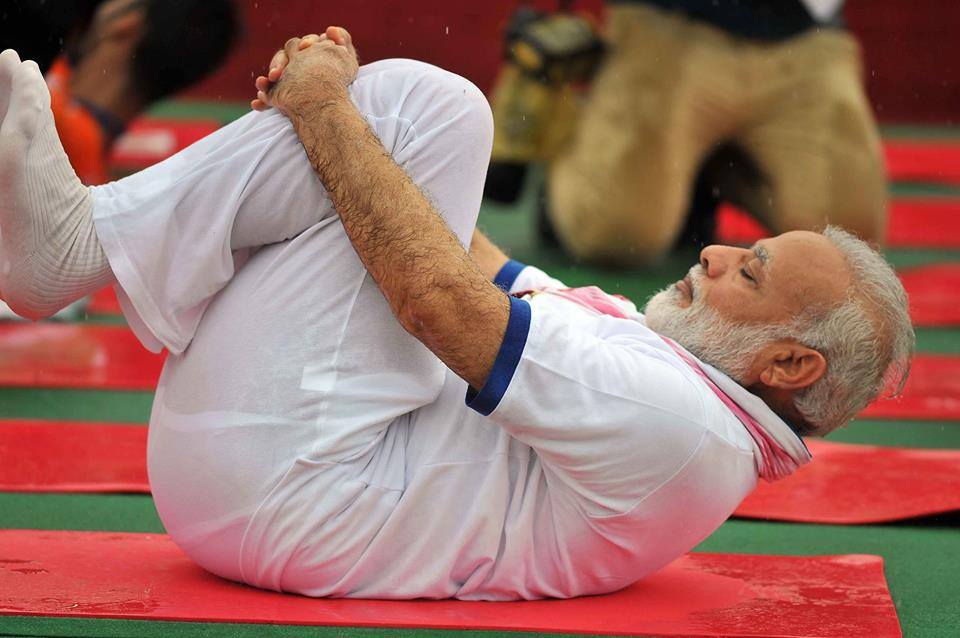 More than 40,000 people joined the event in Ambedkar Sabha Sthal here as they performed asanas in presence of the Prime Minister and Uttar Pradesh Chief Minister Yogi Adityanath.

Modi was seen wearing a white T-shit and loose white trouser in the event.

“In addition to fitness, wellness is important… Yoga is a medium to achieve wellness. I urge everyone to make Yoga a part of their lives,” he said.

“Yoga is about health assurance. It is not even expensive to practice,” he said.

Yoga Day celebration is going on across the nation.

Yoga events are expected to be held across 180 countries on Wednesday, media reports said.

Modi, three years ago, had pursued the United Nations to declare June 21 to be marked as International Yoga Day.

This is the third edition of Yoga Day, which started in 2015 and is annually celebrated worldwide on Jun 21.

The practice is 10,000 years old and originated in ancient India.

Traces of it can be found in the Rig Veda, the world’s oldest surviving literature.