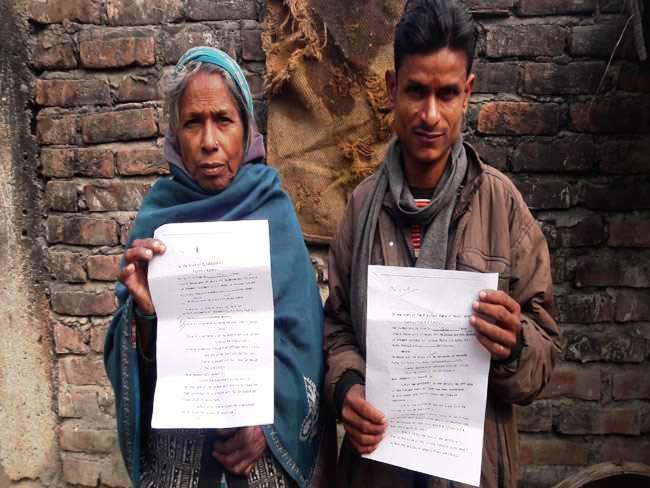 PATNA: Emboldened by the Narendra Modi government’s move to ban the controversial Islamic practice of instant divorce, a poor Muslim woman in Bihar has moved the court to seek justice well 23 years after her husband abandoned her by uttering triple talaq.

Afsari Begum, 45, a resident of Falka hamlet in eastern Bihar’s Katikar district, moved the court earlier this week shortly after India’s lower house of Parliament passed the Muslim Women (Protection of Rights on Marriage) Bill which seeks to criminalise triple talaq, a style of instant divorce still used by some in the Muslim community despite the country’s top court striking down the practice terming it “void, illegal and unconstitutional”.

The lone support to this woman at presently is her 21-year-old son Mohammad Nawab who helps his mother by doing a tailing job.

According to the woman, her husband Mohammad Ekram, a police inspector currently posted at the local Falka police station in the district, handed out triple talaq 23 years back when her son was just one-year-old.

She says she somehow brought up her son by doing works in the house of other villagers or surviving on free ration distributed from government-run public distribution system shops but now she says the time has come to seek justice.

“Talaq turns the life of women into a veritable hell and I am the one who has experienced it. My husband has done gross injustice to me and all I want now is justice and nothing else,” Afsari said.

She added the Naredra Modi government had done a wonderful job by banning triple talaq. “This has brought a new ray of hope in the life of persons like me and so I have moved the court,” she added.

Her son Nawab said he faced a lot of hardship in absence of his father adding he could not study owing to extreme poverty. “But now I am with my mother in her fight for justice.