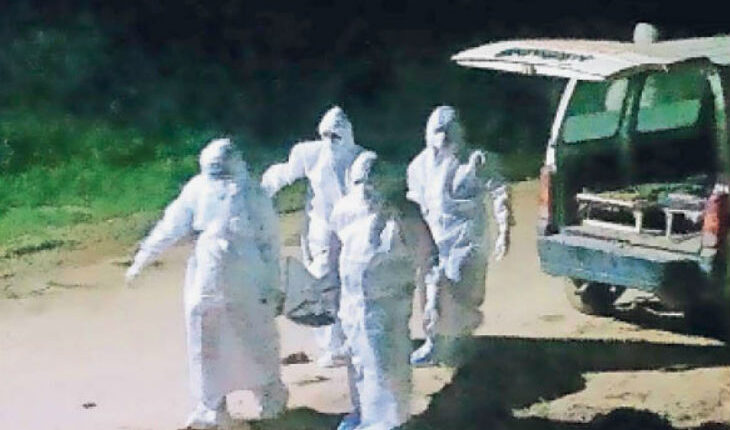 PATNA—Villagers in Bihar pushed out the funeral pyre and didn’t allow cremating the body of a Covid-19 victim, apprehending they could land in trouble.

The incident took place in Darbhanga district of Bihar on Wednesday night but was reported in the media on Friday.

As per the report, the family members had brought the body of medicine shop owner for cremation at Ekmi Ghat in the district on Wednesday night. The victim had died from Covid-19 at Patna’s AIIMS.

However, the local villagers rushed to the spot and threw out the funeral pyres arranged for cremating the dead saying the cremation could leave them infected as well.

They refused to relent even after repeated appeals and even threw the wood into the water.

Subsequently, the grieving family reached another cremation site in the town and ultimately cremated the dead at the dead of night while the entire world was asleep.

The grieving family members faced a lot of difficulty since this cremation site was connected to road as a result which they had to carry log woods on their bike to cremate the dead.

“The very act of villagers is not tolerable. We will initiate action against them,” Darbhanga district magistrate Tyagrajan SM told the media on Friday.

Bihar: Police register case against father of groom who leaves around 100 infected before death