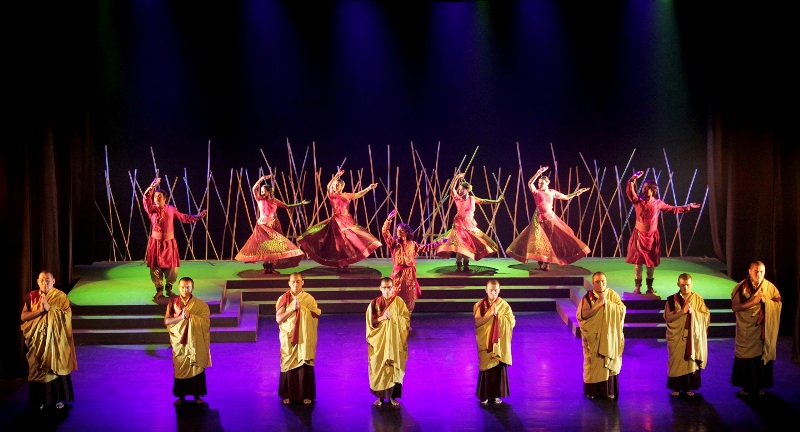 VIJAYAWADA: A first-of-its-kind festival of Buddhist heritage being held in Vijayawada by the Andhra Pradesh government will begin from February 3.

The three-day festival titled “Global Shanti – Amaravati Buddhist Heritage Festival” will revolve around the universal message of peace and brotherhood.

It will bring out the essence of Buddhism through a blend of chanting, meditation, exhibition and food, along with spiritual discourses by scholars and cultural performances by world-renowned artists.

Over 1,000 monks and artists are scheduled to participate in the festival and a greater number of participants from different countries are likely to join the global online chant for world peace.

The chant will be led from the festival site in Vijayawada by guests of honour from all three rafts of Buddhism – Theravada, Vajrayana and Mahayana – with a view to unite all faiths across the globe.

“Andhra Pradesh is among the richest states culturally when it comes to Buddhism, with a multitude of heritage sites and followers. Through Global Shanti – Amaravati Buddhist Heritage Festival, we want to open the doors for the world to come and experience Buddhist culture. It’s not only a festival but a global movement towards the Buddhist tenets of peace and universal brotherhood,” AP tourism minister Ms Bhuma Akhila Priya said in a Press statement .

Andhra Pradesh has 200-plus important Buddhist sites dating back to the 3rd Century BC and is an important center for pilgrimage and study.

The state is home to The Great Buddhist Stupa in Amaravati which is the largest in India. Close by is the Nagarjunakonda Island, an ancient center of Buddhist learning, which houses 2000-year old Relic Caskets and beautiful sculptural Buddhist Art.

AN Sinha institute turns 60, people vow to turn it into ‘centre of excellence’

Suit vs Jacket: BJP attacks Rahul Gandhi over his ‘jacket’