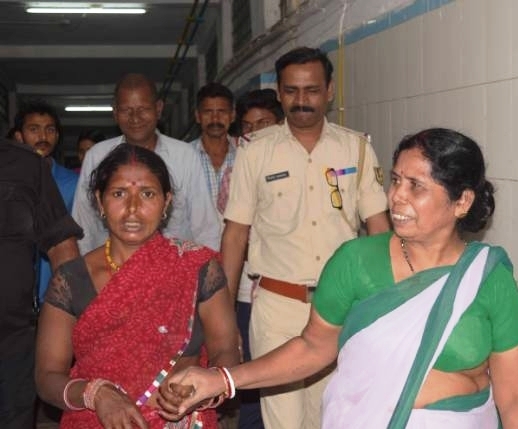 PATNA: A woman threw out two newborn babies from the third floor of a government hospital in the eastern Indian state of Bihar on Friday night as she didn’t comprehend the doctors’ words. While one baby died on the spot, the other is battling for survival.

The bizarre incident took place in Bhagalpur district on Friday night. The police have arrested the woman and further investigation is on. The arrested woman is aunt of the twins.

A pregnant woman Ajala Devi, wife of Chandeshwari Yadav from Arsandi village in Madhepura district, was on Friday admitted to a government hospital in Bhagalpur district after her condition worsened following heavy bleeding. She had a pregnancy of seven months.

Finding her condition serious, the doctors had to finally operate the patient in the evening itself after which she delivered twins but the baby boys too were underweight and serious.

Reports said the doctors handed over the twins to woman’s sister-in-law Shobha Devi who was accompanying the patient to the hospital, asking them to rush to the children’s emergency ward to see the child specialists.

However, the woman couldn’t understand the doctors’ words and threw the babies down on the garbage dumping ground from the third floor of the hospital. The babies were thrown at a place used as dumping ground for used needles, syringes, plastic bottles and other hospital wastes.

Witnesses said seeing the woman throwing the babies down from the widow, some visitors raised an alarm. Subsequently, hospital staffs rushed to the spot to save the babies but by then one was already dead. The condition of the second one too is stated to be critical.

“I didn’t understand what the doctors said and thought both newborns are dead,” the woman told the police. The woman has been arrested.

Her brother said the woman has hearing problems and that’s why she couldn’t understand the doctors’ words.

The incident took place while patient’s husband had gone out to arrange for blood for her as advised by the doctors.

“We too are investigating the case at our own level,” hospital superintendent RC Ram told the media on Saturday.

After kissing each other, teenaged lovers jump before a speeding train in Jharkhand