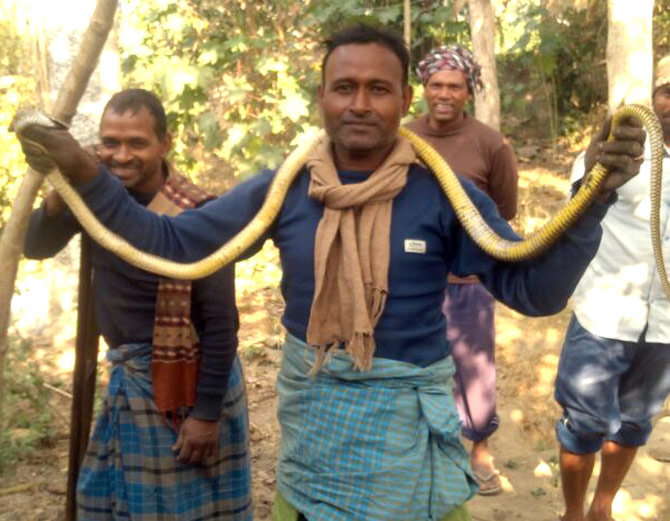 Patna, India: Villagers in India eliminated the entire family of a snake in their bid to build home for themselves.

The bizarre incident took place in Gaya in the eastern Indian state of Bihar, some 100 KM south of Patna, on Saturday.

Reports said Shailendra Kumar was digging land to lay foundation of his home when he noticed a snake hiding inside a hole.

The news of snake spread like a wildfire as the villagers rushed to the spot armed with lathis (bamboo sticks) and other lethal traditional weapons.

Within no time, they killed the snake but this was just the beginning.

As the hole was dug out further, five more snakes came out and all were ruthlessly dealt with in similar fashion, one by one.

After killing snakes, the villagers collected the snakes and took photos with them as if they had won a bigger battle.