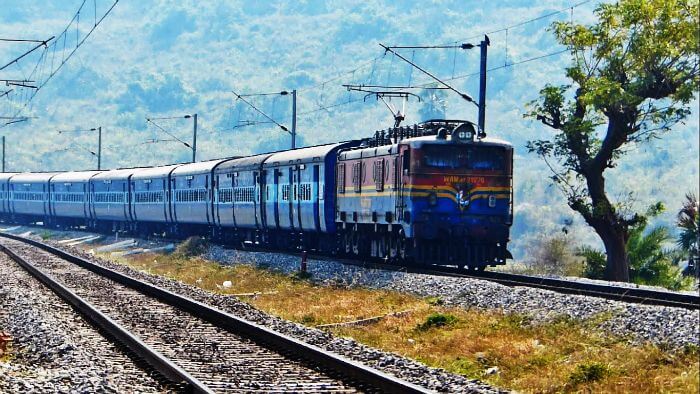 PATNA—People in Bihar are humming an old song sung by legendary singer Kishore Kumar these days—‘Jate the Japan pahunch gaye Chin samajh gaye na...’  The song if translated into English means one had to go to somewhere but landed at some other location.

Exactly, that is what is currently happening in India with scores of trains missing the original paths and getting diverted to other routes, delaying their arrivals at the fixed destinations.

Hapless migrant workers returning homes have been caught in a fairly new kind of trouble these days as their trains have been frequently straying on the tracks and carrying them to different locations.

Migrants boarding a Shramik Special train at Solapur in Maharashtra to reach Patna faced faced similar problem when the train took 66 hours instead of usual 36 hours to reach Patna.

Passengers said the train took long time to reach Patna as it travelled through six states—Maharashtra, Madhya Pradesh, Chhattisgarh, Odisha, Jharkhand and Bengal before finally entering the boundary of Bihar.

“Initially we thought there was some problem on track as a result of which the train was diverted to different route but we got perplexed when we found the train travelling through Bengal and Jharkhand! We don’t know what’s happening with the Indian railways,” said a train passenger Anish Kumar.

Two other Shramik Special trains which left Surat (Gujarat) for Siwan and Chapra towns in Bihar on May 16 took as many as nine days to reach destinations as they had reached Odisha and Karnataka instead, media reports said.

Railway authorities said the trains were not losing their paths; rather they are being diverted to other routes due to heavy pressures on the main rail route.

According to an estimate, more than six million migrant workers from Bihar are stranded in various parts of the country. There is a mad scramble among them to reach their homes.

Bihar transport secretary Sanjay Agarwal said more than 1.53 million migrant workers have returned to the state by 1,029 trains so far.

crime and Corona go together: Schoolgirl burnt alive for protesting eve-teasing in Bihar

From thumb impression to signature: How quarantine centre transforms life of illiterate migrants in Bihar