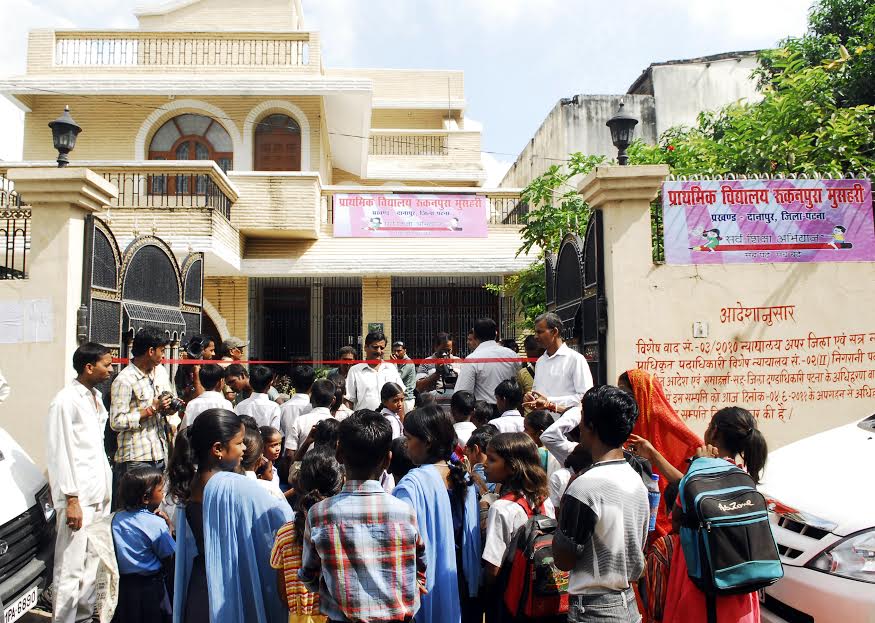 PATNA: The state government in Bihar has confiscated the bungalow of another corrupt official accused of amassing huge wealth through fraudulent means.

A team of the government officials reached the Kankarbag locality of Patna and seized the three-storyed building of motor vehicle inspector (MVI) Raghuvansh Kunwar.

No member of the accused family was present in the house when the authorities completed the seizure formalities.

Kunwar was caught taking a bribe of Rs 50,000 by vigilance sleuths in September 2008 after which the vigilance court had ordered for confiscation of his properties.

Subsequently, the accused moved the upper courts but failed to get any reprieve.

The state government has planned to open an “Old Age Home” in the confiscated building of the MVI official.

The bungalows of both the officials are located in Patna, the capital of Bihar state.