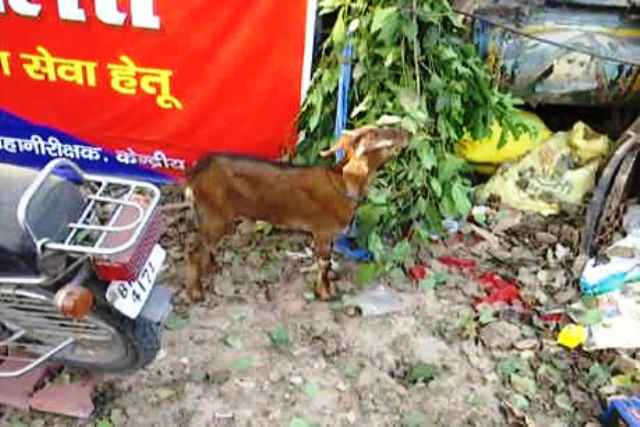 PATNA: Police in the eastern Indian state of Bihar have come under fire after they were accused of taking a goat as a bribe to release a businessman caught drunk in a state which has imposed total prohibition. Authorities have now ordered an investigation into the matter as the local media highlighted the issue.

As per reports, the Patna police were checking vehicles making their entry into the town on Monday night when they came across a pick-up van carrying 27 goats.

The goats belonged to four businessmen from Begusarai district. They had come to the capital town to sell the goats and earn handsome amount.

During the checking, one of the four businessmen identified as Mohammad Zafir, however, was caught in an inebriated condition after which the cops seized the vehicle and took it to the local Kotwali police station.

The very next day, the policemen kept one of the goats with them saying they want a “mutton party” in lieu of releasing their vehicle.

The poor trader didn’t want to spare their “precious” goat but as the cops were hell-bent on their demand, they had to agree to their demand.

In the meanwhile, one of the businessmen chanced upon some journalist from the electronic news channel and reported the entire matter to them.

Immediately, the TV cameramen took photograph of the goat tied to a pole in the police station and thus the entire story came out. Within no time, the cops untied the goat but by then everything had been exposed.

“We have come to the knowledge of a goat accepted by the police as bribe. A formal investigation has been ordered,” Patna’s senior superintendent of police Manu Maharaj told the media on Wednesday.