Indian man cycles 750 km in search of wife, traces her during Valentine’s week 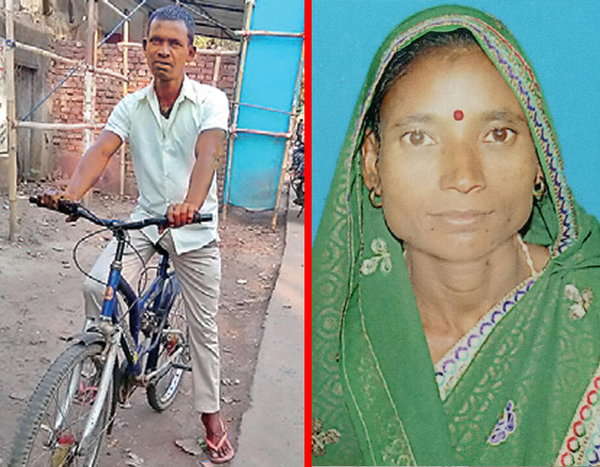 PATNA: A man from the eastern Indian state of Jharkhand who had been constantly cycling looking for his missing wife was finally united with his “love” earlier this week in what has come as a perfect Valentine Day gift. He got back his wife in Kharagpur district of West Bengal, thanks to the support from the local police.

45-year-old Manohar Nayak, a daily wage earner, had been searching for his wife Anita Devi on his rickety cycle since last month and ultimately got his wife after 28 days. In his quest for wife, the man covered some 750 km on his cycle.

The woman had gone missing from Musabani locality of east Singhbhum district in Jharkhand last month. The woman who was suffering from some mental problems had been missing since January 11 this year.

“My joy knew no bounds when the local police called me up on my mobile and asked to come with the Aadhar cards of both of us. Once I reached there, I was sent to Khaargpur where I got my wife at the police station,” Manohar told the media on Thursday.

He said he had not lost hope of getting back his wife although the search had got too longer.

Reports said some villagers had saw the woman sitting at a roadside eatery and informed the local Kharagpur police which in turn informed the police in Jharkhand. As such the local police had sent the photograph of Manohar’s wife to the nearby police stations in Oridha and West Bengal states.

“We are happy to see him unite with his wife for whom he was cycling around like a possessed man,” Musabani police station in-charge Suresh Linda told the media today.

According to Manohar, he registered a case with the local police when she went missing but after failing to get any clues about her whereabouts, he himself set out on his cycle journey, looking for his wife.

Armed with his wife’s passport size passport and his feet on the paddle of his rickety bicycle, the man had been visiting two-three villages every day, seeking  information from the local villagers about the whereabouts of his wife.

“Have you seen this woman?” was how he would ask every villager or passersby after showing her photograph that he kept in the upper pocket of his shirt. According to Manohar, he had been travelling around 30-40 km per day.

Indian patient given acid instead of water to swallow pills, dies