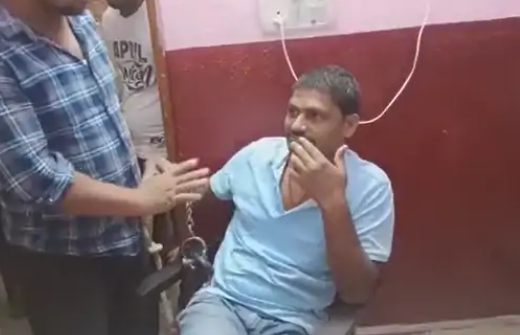 PATNA—A loco pilot in Bihar left his train on the track for more than an hour searching for alcohol, causing much inconvenience to hundreds of passengers on board.

The weird incident took place in Samastipur district on Monday evening, prompting the railways authorities to start departmental proceedings against the accused driver who has been arrested and sent the jail.

According to reports in the local media, the loco pilot fled the train once it reached the Hasanpur station in Samastipur district. He remained out of reach for more than an hour leading to strong protests by the passengers on board.

Frantic searches launched by the police later found the driver lying in an unconscious state outside the station due to excessive drinking. He was soon arrested and sent to jail.

Later the police arranged another driver to let the train complete the remaining journey. The train coming from Samastipur was on way to Saharsa town.

Bihar has imposed total prohibition six years back under which drinking remains a serious criminal offence. Under the new prohibition law, the state government has also banned sale and manufacture of alcohol.