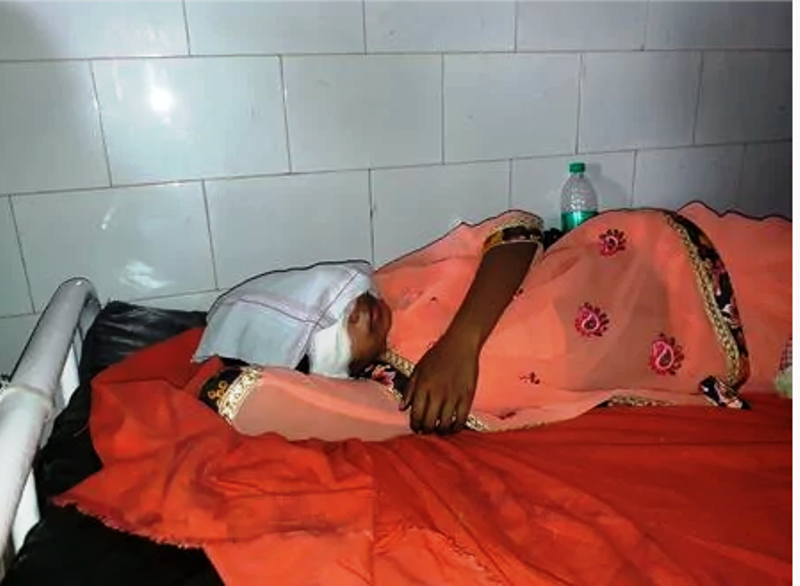 PATNA: A teenaged girl from Indian state of Bihar gouged out her left eye using her fingers and then offered it to the deities, media reports have said.

The hair-raising incident was reported from a temple dedicated to Goddess Durga at Sirua village under Bahedi police station in Darbhanga district on Saturday.

Komal Kumari, 16, reached the temple on Saturday morning, got closer to the idol and pressed her fingers to gouge out eyes with her face down, witnesses said.

“Initially we thought she was deep in meditation but when we saw bloods tricking down her face and eyeballs hanging from the socket, we screamed,” witnesses told the media.

A police official said she was seen by the witnesses holding her right fist over her eye and asking the priest if she could offer eyes to the Goddess.

“She was seen holding her right first over her left eye from which drops of blood were rolling down. The shocked devotes stopped her from reaching the idol of Goddess Durga,” a local police official Sanjay Kumar told the local media.

The profusely-bleeding girl was hurriedly rushed to the local Darbhanga Medical College and Hospital (DMCH) where her damaged eye was fitted in the socket but are not sure if she would be able to see from that eye.

The girl who failed the Grade 10 examination twice claims to be an ardent devotee of the Goddess for the past one decade.

“For the past two years to so, the Goddess had been visiting in my dreams and asking me to offer one of her soft organs. I offered my eye to please the deity,” said the wounded girl lying at the hospital bed.