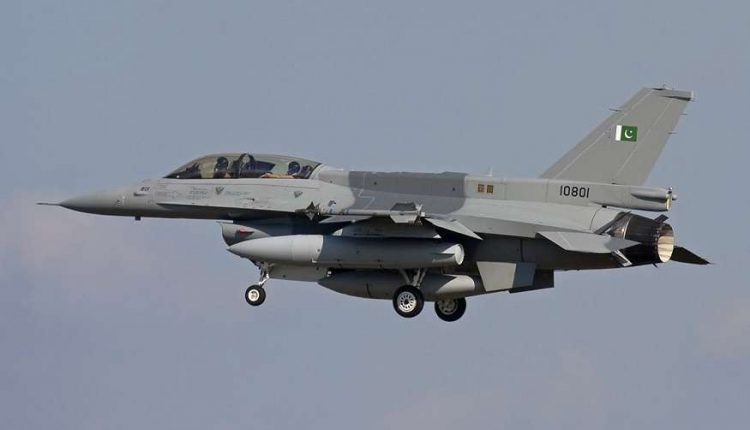 New Delhi: In a major development, the Indian Air Force on Monday released radar images to negate Pakistan’s claims that it did not lose a US-manufactured F-16 fighter jet in the Feb 27 air-fight.

The Indian Air Force further said that they have evidence available to establish that Pakistan Air Force had lost one F-16 in the air action.

“We have more credible evidence that is clearly indicative of fact that Pakistan has lost one F-16 however due to security and confidentiality concerns we are restricting the information being shared in the public domain,” Indian Air Vice Marshal RGK Kapoor  told a press conference on Monday.

The fresh development comes at a time when a report in the US news publication Foreign Policy had said on Thursday: “Two senior US defense officials with direct knowledge of the situation told Foreign Policy that U.S. personnel recently counted Islamabad’s F-16s and found none missing.”

Indian Air Force on Friday had said it had proof of shooting down a Pakistani F-16 aircraft in February, refuting claims made otherwise in a US journal report.

The Indian Air Force had said: “The Indian Forces have confirmed sighting ejections at two different places on that day. The two sightings were at places separated by at least 8-10 km. One was an IAF MiG 21 Bison and other a PAF aircraft. Electronic signatures gathered by us indicate that the PAF aircraft was a F-16.”

The Foreign Policy report said Pakistan had invited US officials to physically count its F-16s after the incident.

“A US count of Pakistan’s F-16 fleet has found that all the jets are present and accounted for, a direct contradiction to India’s claim that it shot down one of the fighter jets during a February clash,” the report said.

“It is possible that in the heat of combat, Varthaman, flying a vintage MiG-21 Bison, got a lock on the Pakistani F-16, fired, and genuinely believed he scored a hit. But the count, conducted by U.S. authorities on the ground in Pakistan, sheds doubt on New Delhi’s version of events, suggesting that Indian authorities may have misled the international community about what happened that day,” says Foreign Policy.